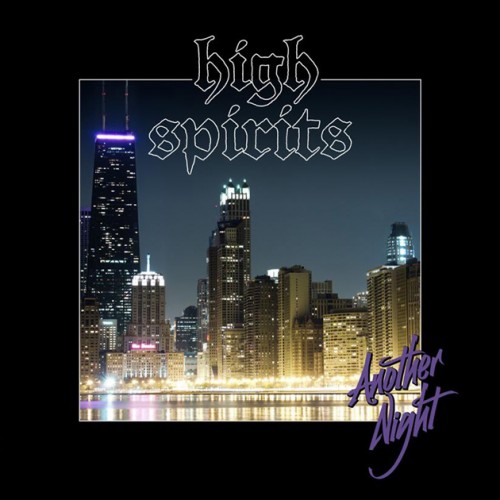 (NCS writer BadWolf reviews the new album from Chicago’s High Spirits, one of the many projects of Chris Black (aka Dawnbringer).)

As I sit here, there’s a million things I should be listening to: brushing up on my beardo/nerdo metal in preparation for SUCKFEST ’11, putting together my Norwegian Hardcore playlist for Invisible Oranges, and brushing up on my Enslaved for their upcoming tour with Alcest and Ghost, not to mention the loads of promo records clogging my inbox.

None of those has factored in for the past 6 days thanks to Another Night, the debut record by Chicago’s High Spirits. This piece of self-released, Neo-Traditional metal awesomeness has possessed my iPod harder than Pazuzu possessed Linda fuckin Blair.

Don’t let that fool you into thinking this is a one-song record. Hell no. Another Night is a 40-minute nostalgia trip that delivers. No concepts, no conceits, no bullshit. Just good times and hard rocking.

Then again, that shouldn’t come as a surprise—High Spirits is (in studio) a one-man project of Chicago metal royalty Chris Black. This man is an absolute beast. He writes lyrics for Nachtmystium when he’s not writing every instrument for High Spirits and another little project called Dawnbringer. (more after the jump . . .) 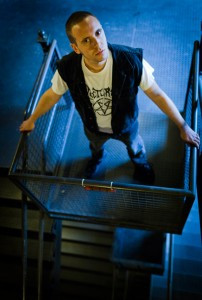 Do you remember Dawnbringer? You should. Last year Black released an amazing record called Nucleus through Profound Lore under that moniker—it’s one of 2010’s most enduring keepsakes for me. High Spirits is equal in quality, but distinct in direction. Both projects burst with neo-traditional riffage and soaring vocals, but where Dawnbringer was dark and morose High Spirits is full of youthful exuberance.  High Spirits is what metal once was: a party record. Sugar-coated and sour at the core, this is a precious treat—the sweet chaser for the hard shot that was last year’s Nucleus.

Another Night is unadulterated 80’s speed/glam metal worship from the beautiful cover (allusions to Duran Duran meet a photograph of Chi-town’s most illuminated skyline—ah nostalgia) to Black’s penchant for multi-tracked falsetto harmonies, 4/4 vamp riffs and harmonized solos. Speaking as  a man who appreciates the finer points of Skid Row, Cinderella and especially Motley Crue, this record hits the spot in a way only Danko Jones does, except while remaining 100% metal at all times.

Black does not miss an opportunity to capitalize on 80’s metals strengths while correcting their mistakes as well. Instead of comical chauvinism, his lyrics are either inspiring or touching. Take, for example, my favorite passage from the aforementioned “Full Power:”

“If I was you
What I would do
Is anything I wanted to
Just do my friend
What you intend
And you may find that you can do it right
All night – At full power – FULL POWER!”

Meanwhile, “Do You Remember?”, “Where Did I Go Wrong?” and “You Make Love Impossible” basically exist to be thrown in the face of any pan-haired Bon Iver fan that may dare insist that metal is incapable of sincerity or romanticism. Do me a favor: throw them hard and follow through on your pitch.

Oh, and while you’re at it—buy this record instead of downloading it. Black has self-released this puppy and he deserves all the proceeds he can get.

EDITOR’S NOTE: The album is available from Amazon mp3 and also from CM Distro. Time to rock dee fuck out: Here’s “Full Power”.

8 Responses to “HIGH SPIRITS: “ANOTHER NIGHT””