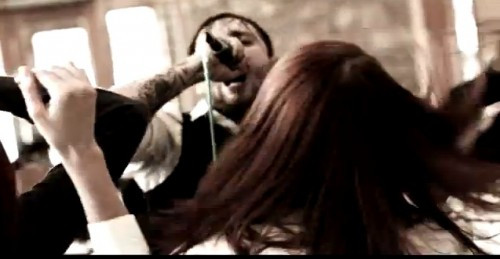 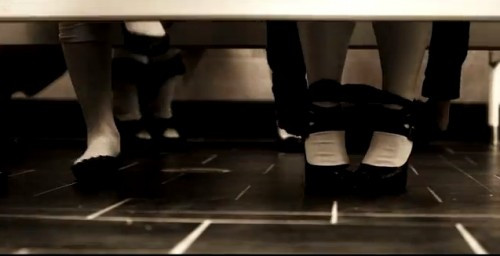 Last year, Andy Synn reviewed After the Burial’s 2010 album, In Dreams, and was underwhelmed. I was, too. After high expectations, it was indeed one of the most disappointing releases of the year. I have a sad feeling that ATB has left the brilliant days of Rareform behind forever.

So I really can’t explain why I watched the band’s just released official video for an In Dreams song called “Pendulum”. There are moments in the song when the band latches onto a riff that at least conjures up memories of Rareform, but the rest of the song just comes way too close to generic metalcore.

I guess the video is an attempt to sex-up the song, or rather convince everyone that it will sex you up if you listen to it. Y’know, take a stereotype of repressed teenagers (girls in a Catholic school) and show how they get all uninhibited and rebellious when listening to the rad music of ATB. I thought it was a little creepy, in addition to being grossly cliched. So, why am I including it in today’s NCS posts? Fuck if I know. Anyway, the video is after the jump.

14 Responses to “VIDEO PROOF THAT AFTER THE BURIAL MAKES CATHOLIC GIRLS TAKE OFF THEIR UNDERWEAR, HEADBANG, AND TONGUE EACH OTHER (AT LEAST IN ATB’S DREAMS)”