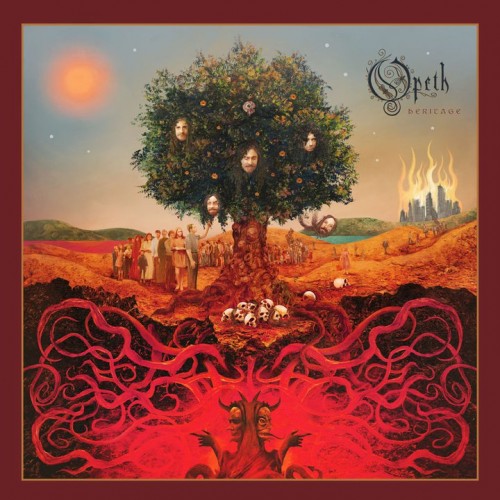 Opeth’s new album, Heritage, leaked at some point in the last week or two, I forget when exactly. The official release date isn’t until September 20, but lots of fans have already heard it — and as of today you can now hear the whole thing in a stream at NPR — and flame wars have already begun here, there, and everywhere. Mikael Åkerfeldt has been giving interviews about the album (here, there, and everywhere). Among other things, he has said (here) that although the album isn’t “a massive departure for me and for the guys in the band,” some of the band’s legions of fans may find it “different.”

In the same interview, he said, “We don’t make albums thinking about the fans too much. We have been fortunate to have people who have accepted what we put out so far. Because we were just doing what we wanted to hear and apparently other people liked it too. So I’m hoping it’s going to be the same for this album.” When asked about fans who shout “treachery” whenever a band decides to tread off the path they have beaten, he replied: “Well, they wouldn’t be fans if we hadn’t started as a band. We have fans because we did what we wanted. Our success, or whatever you want to call it, is based on the fact that we do what we want as opposed to doing what the fans want. So it doesn’t apply to us.”

Oh, I beg to differ Monsieur Åkerfeldt! You can’t so easily escape the ire of fans who are already up in arms over Heritage, calling it “boring”, or “lazy” or “70’s prog rock”, or worse. Of course, there are at least as many defenders of the Opeth faith who, while agreeing that it’s “different”, admire the music on Heritage and support the freedom of the band to do whatever it is they did on the album.

I’m not entirely sure what they did, because I’ve only heard the first song that premiered back in July — “The Devil’s Orchard”. I liked much of the instrumental music on the song, didn’t care for the vocals, and decided I probably wouldn’t listen to the song again (after the first four times). But that’s mainly because of my own taste in music. This just isn’t the style of metal (if it is metal) that I want to hear. But I wouldn’t say the song is bad, for what it is. Which leads to a few thoughts and a few questions about “music criticism” and fan response (after the jump). 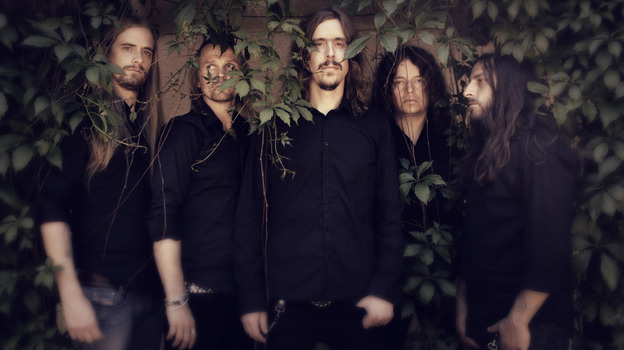 As I think about it, there are three levels of music criticism, ordered by the increasing amount of effort that each entails.

This is the “sucks/awesome” level. This is the mode of opinion that doesn’t really analyze the music or try to set it within the framework of objective standards (begging the question, for the moment, about whether such standards really exist). It’s an expression of personal taste and preference. It’s the first way many fans react to something they’ve heard.

The typical choice of words is unfortunate, because when you say an album sucks or is awesome, the words signify something about the merit of the music, but the truth is, when most people brand music with those words (and words like them), they’re really not saying anything about the music at all. They’re saying something about themselves. They’re merely expressing whether they liked the music or didn’t.

This kind of opinion isn’t analytical, of course, and it doesn’t really help anyone else decide whether the music is worth hearing, because it’s so rooted in the speaker’s own personal tastes and relative sophistication as a listener. If you don’t know much about the speaker’s tastes or the extent of their knowledge and education about music, then hearing (or reading) them say that the music “sucks” or is “awesome” tells you nothing useful. The debates also get tiresome quickly:

But hey, this isn’t a put-down. People are entitled to their opinions, and really, do you have to put a lot of thought into what you write when you’re just banging away on some message board, or chat room, or Facebook wall (or NCS comment section) late at night? Shit, I hope not. I certainly wouldn’t want to discourage that at NCS. But still . . . if you’re really trying to learn something useful as a reader, you might come away empty-handed.

Now we move beyond the simple, unadorned expression of personal likes and dislikes, and we get into explanations of why someone does or doesn’t like the music. This kind of criticism is still rooted in the speaker’s personal tastes, but at least now the speaker is disclosing something about those tastes as well as something about the elements of the music and why those elements do or don’t appeal to those tastes. Now, at least, you as a reader begin to have a better sense about whether the music might be your thing or not. You might also get a better idea about whether you should put any weight on the speaker’s opinion.

So, when someone says that Heritage lacks the heaviness or the cutting edge of some of Opeth’s previous albums, or bemoans the lack of harsh vocals, or proclaims that it’s a piece of 70’s prog-worship, you begin to get an idea about whether the album may appeal to you, based on your own tastes. But this kind of criticism is still very much a product of subjectivity. It’s a way of saying, “I, as a listener, like music that includes certain elements, and this music doesn’t have enough of them going for it.”

Now we get to a mode of expression that at least makes an attempt to test the quality of the music against objective standards. Here, we find expressions of opinion that the music is good, bad, or indifferent, but attempt to explain those opinions by reference to something beyond the listener’s own personal tastes (unlike Levels One and Two).

The writer or speaker, for example, could confess that they don’t personally like the style of music, but then analyze it by reference to the standards of quality applicable to that style or genre. It could be deemed good for what it is, or bad or mediocre for what it is, because of the sophistication (or lack thereof) in the songwriting, or the inventiveness (or lack thereof) in the instrumental performance, or the quality and emotional expression (or lack thereof) in a singer’s voice, for example. The music could be judged for whether it takes the tropes of a certain style/genre and combines them in a different way, or stretches the boundaries of a particular mode of musical expression to produce something intriguing and new.

This kind of opinion tends to lead to a more engaging discussion of the music, which may or may not be what you’re in the mood for at the moment. I’ve seen debates about Heritage, for example, that produce conflict about whether Opeth is simply re-treading 70-‘s-style prog by failing to add anything new to the mix, whether it represents nothing more than a form of self-indulgent exploration of prog influences that have always been present to lesser degrees in the band’s previous output, or whether it represents the band’s use of their undeniable talents to create something noteworthy, even if very different from what people may have been expecting or wanting.

I suppose, at this level of criticism, you might also see discussions about whether it’s right to condemn a band for departing from their more typical style, or whether instead we should recognize that people who’ve been creating music as long as Opeth aren’t going to stay in the same place, and that they’ve earned the right to make music that reflects where their heads are at any given moment, even if it isn’t what their fans want them to do. This kind of discussion really isn’t musical criticism — it isn’t really an analysis of the music itself. But it still seems to fit better here, in this classification, than in Levels One or Two.

And that brings me, finally, to opinions about opinions. Must all music critiques fall into Level Three to be worth the time of day? Is there a time and a place for Level Two and Level One discussions? Is a speaker himself or herself to be judged by whether all they can do (or all they choose to do) is provide opinions at those levels?

If you have thoughts about those questions or anything else I’ve blathered about in this post — including whether you think Heritage sucks or is awesome, leave a comment, won’t you? In teh meantime, I’m going over to NPR to listen to that full Heritage album stream.

UPDATE: Phro’s first comment below suggests another topic I should have included in this post: What do you think of artists who say they create what they want to create and don’t pay attention to what their fans want, even though it’s the fans whose money allows them the freedom to create? Are they being honest when they say such things? And if they are, does that make them scumbags, or awesome?