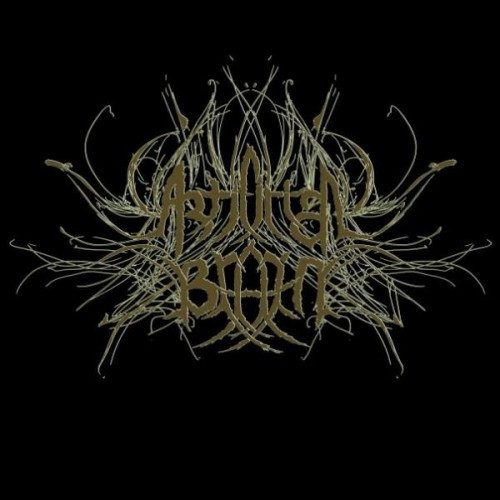 I had an interesting and very fruitful exchange of e-mails yesterday with one of our readers who goes by the name Treezplease. He started off with a handful of recommendations for our really irregular and infrequent EYE-CATCHERS series (in which we pick bands to hear based solely on the quality of the album art). But he threw in a couple of other names, and one of them was this Long Island, NY band — Artificial Brain.

I immediately liked the name, because I have long suspected that my own brain is artificial rather than something you would expect to find in nature. Treezplease threw a song my way — “Spacid” — and I listened to it, and it seemed to send a signal to my own artificial brain that cause a biomechanoid larva to awaken and begin eating its way out through one of my ear canals. Or at least that’s what it felt like. I’m not 100% sure because I passed out. When I came to, I did have a trail of phosphorescent slime running from my ear down my neck and something had burrowed a hole right down through my floor, and I’m afraid it may be headed in your direction.

Later, I discovered that “Spacid” is part of a 3-song demo that Artificial Brain made available for free download on Bandcamp in June of this year. And I saw this note on the Bandcamp page: “Space/Death/Black Metal featuring members of Revocation and Biolich.” Uh, whut da fuck? I don’t know Biolich, but Revocation? Fuck yeah. (more after the jump . . .)

Turns out Artificial Brain includes Revocation guitarist Dan Gargiulo, who is a pretty damned badass guitarist though he’s often overshadowed by the prominence of his Revocation bandmate David Davidson. Biolich appears to be defunct, but based simply on appearances, it looks like Artificial Brain may include that band’s vocalist Will Smith, and perhaps others from that band. Hard to know, because I haven’t found anything in my web surfing that tells me definitively who’s in this band.

But the music’s the main thing anyway, and the three songs on the Artificial Brain demo will set off a depth charge in the murky depths of your being. The name of this game is death fucking metal, the kind that rampages like a heartless, mechanized beast the size of a house. The music slams and hammers with advanced pneumatics, interwoven with snakelike guitar leads and bounding bass lines. It’s fast and technical, and the vocals are downright voracious. Very fucking impressive, and possibly originating from space.

Check out “Lightwaves Birthing Ages”, which is the most experimental sounding of the three songs: