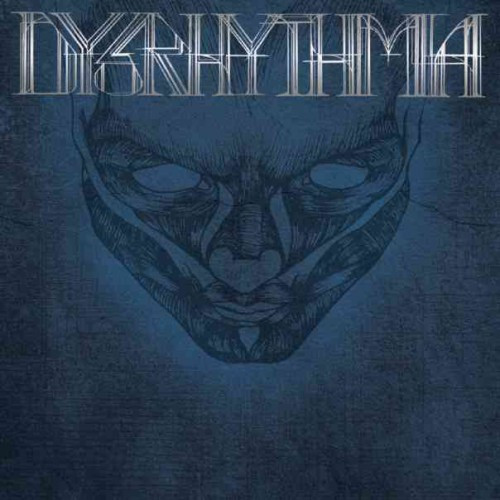 July 7, 2009. That’s how long it’s been since Brooklyn-based Dysrhythmia released their last album, Psychic Maps. However, the latest news is that they’ve finished recording a 4-song “pre-production” demo on their way toward completion of a new album for release sometime in 2012. Today, they made one of those songs available for free download on their Bandcamp page.

If Dysrhythmia is a new name for you, they’re a three-man instrumental project that currently consists of Kevin Hufnagel (Gorguts) on guitar, Colin Marston (Krallice, Behold . . . the Arctopus, Gorguts) on bass, and Jeff Eber on drums. These are not average musicians. Both in their conception of music and in their performance, they’re very much top-shelf. What they do is unpredictable, even avant-garde, and I’ve always found their music really intriguing.

The new song is very much in the Dysrhythmia vein. It’s a slow build, growing in complexity and speed, like a brain that becomes increasingly engaged and focused until all the synapses are firing with neural bursts — until the music collapses into a pool of quivering sludge near the end. It’s brainy music, but with a bit of brawn to it as well — like a big dog solving quadratic equations that periodically remembers it’s a dog and begins to bark and growl before returning to his work.

Go past the jump to hear the new song and get the link for the download if you like what you hear.

HERE is the link for the Dysrhythmia Bandcamp page where you can get this song for free. To stream the song, use the little player below:

2 Responses to “DYSRHYTHMIA: “TOWARDS THE END””