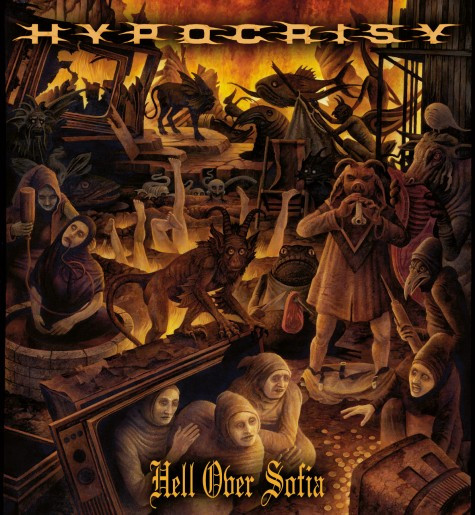 Free song downloads are good. They are better than simply getting the chance to stream a new song, which requires you to be hooked up to your computer or some other device with a solid net connection. They sound better when you play them back, and you can carry them around with you so you can listen while you’re out and about doing whatever scintillating things you do while out and about, or even when you’re parked on the throne in the midst of an eye-watering bowel evacuation.

Yesterday I discovered three free song downloads from bands we like around here: Hypocrisy (Sweden), Graveworm (Italy), and Immolation (U.S.). The songs? We like them, too. Quite a lot, in fact. And the Immolation offering was a very pleasant surprise — while only one song was promised, the download link provides an entire EP of music, and it happens to be one of the best death metal releases of the year.

On October 21, Nuclear Blast will release a new DVD/CD combo from Hypocrisy called Hell Over Sofia – 20 Years of Chaos and Confusion. The disc will contain film of the band’s February 27, 2010 concert at the Blue Box club in Sofia, Bulgaria — which Hypocrisy called “one of our best shows ever in our history” — as well as a 90-minite documentary about the band’s 20-year history. Yesterday, Nuclear Blast made available for free download (at this location) one of the live performance tracks — “Roswell 47”, from the band’s 1996 album, Abducted.

“Roswell 47” is a blackened-to-a-crisp, mid-paced head-slugger of a song, and this live recording sounds awesome. Bang yo fuckin head:

To get the download, you’ll need to provide an e-mail address, which Nuclear Blast will use to send you a download code.

Italy’s Graveworm has recorded a new album called Fragments of Death that Nuclear Blast also  plans to release on October 21. It will be the band’s eighth album, with the first one dating back to 1995. Graveworm is a relatively recent discovery for me. In fact, the first Graveworm song I heard was in April of this year via a comment from NCS reader Death’s Embrace on a post about covers — he recommended Graveworm’s cover of “Losing My Religion” (and yeah, it’s really good).

I’ve been interested in this new album, and got even more interested after seeing the very cool cover art: 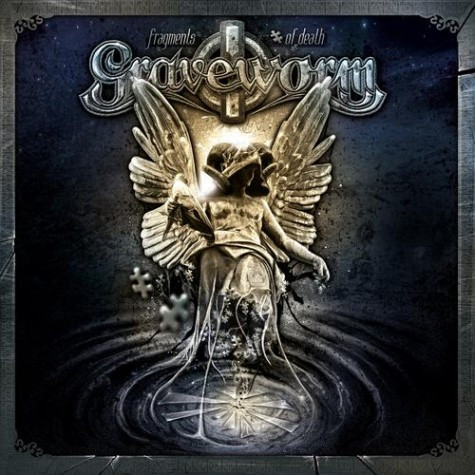 According to a press release, “The songs are about the death in its thousand faces, which is also reflected in the album title and cover art. Musically, the album can be seen as a mixture of the best of the last four records, with some old-school roots and definitive darker than its predecessors.” I assume they meant to say “definitely darker”. But perhaps this will be definitively darker. At any rate, I’m expecting darkness.

Yesterday, Nuclear Blast made a song called “See No Future” available for free download at this location (again, an e-mail sign-up is required to get the download code). Yes, this is the same Nuclear Blast that gave us that Hypocrisy song. I like their style.

I also really like this song. It’s a blend of thick, chugging chords and an absolutely sweeping melody in the chorus. No fucken clean singing in this song either. It’s an example of melodic death metal that you’ll have a hard time un-sticking from your head. Check it out: 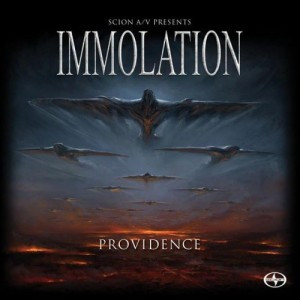 Only two days ago, we published the news that Scion A/V intended to release a new five-song EP by Immolation on October 11. Immolation is death-metal royalty in my book, so that was pretty hot news to me. Then, last night I saw news that the the EP’s title song, “Providence”, was available both for streaming AND for free download.

So, I used the download link and discovered to my surprise that what downloaded was not just the song “Providence”, but the entire EP. I can’t promise the link will still deliver the whole EP, but there’s no harm in trying. To get the download, use this link.

Now, about the EP — it’s fan-fuckin-tastic. No shit. It’s brutal, blackened death metal with heaps of dramatic flair — massive, bleak, daunting, symphonic in places, and completely riveting from start to finish. This EP has vaulted itself into my list of the best death metal releases of the year, Listen to “Illumination”:

19 Responses to “CAN WE GET MORE FREE SONG DOWNLOADS? WHY YES WE CAN!”