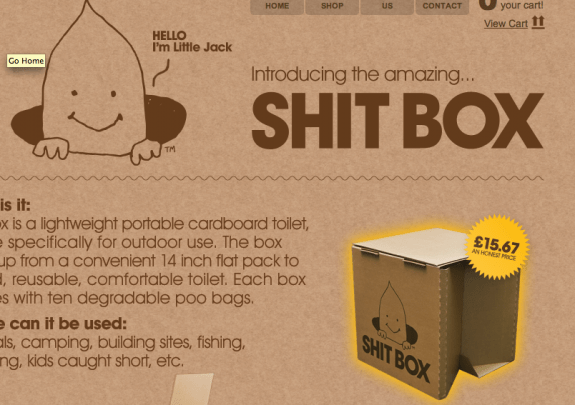 (Phro’s first Box O’Poops installment met with such an enthusiastic response that he decided to do another one for us. Actually, to be brutally honest, I don’t think anyone read it but him and me, and I didn’t have any choice in the matter. But we goin’ with it anyway!)

Well, hello there, my scat-covered-in-cum-munching friend. How’s the poop today? Did you enjoy the way I lightly browned it in your mom’s cooker? I wouldn’t recommend eating at home for a while.

Well, I decided to do another installment of Box O’ Poops! Why? Because I love you and your pure, unbridled happiness is all I desire in this world. And, because, ya’ know…POOP!!!

Seriously, you know how monkeys like to throw their poop? Y’all are like poop-throwing-monkey groupies who hang around outside the monkey cage at the zoo waiting for the monkeys to fling their poop at dumb jocks wearing too much Axe buddy spray (yah, that’s right, buddy spray). Then, you jump on the shit-covered assholes who smell like shit (but not because of the monkey shit (Axe body spray smells horrific, is my point (I just really hate Axe body spray, I’m not even sure why… (In fact, I don’t know if I’ve ever even smelled it. But the commercials sure are stupid. (And I am all for hating products based on their commercials. (That’s kind of why I hate Taco Bell. (Seriously, Fourth Meal?? What the fuck?? (I got’cher fourth meal right here in my ass cannon, buddy! (And now we’re full-circle back to poop-throwing!))))))))

I need to get myself one of those little dustbusters too….

I bet this reminds all of you of your first kiss…

Love your country and look good doing it!

Long Haired, Tattooed ****** Freaks….oddly, they don’t seem to be talking about you freaks.

And you thought the Wormrot video was brutal…this shit will make your cock bleed.

EDITOR’S NOTE: If you’re confused, that’s because you didn’t realize you were supposed to click on Phro’s hand-made poop images. Or maybe you’re just confused, in general.