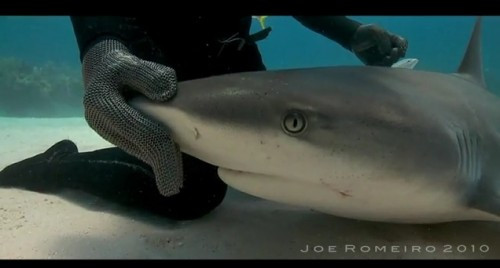 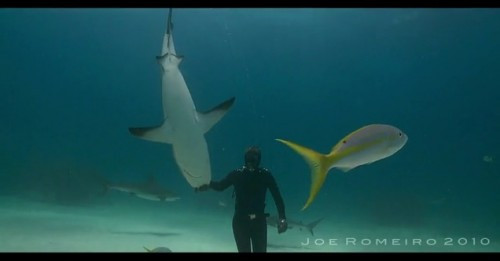 Here we go again — the latest installment of this series in which we feature videos, images, and news items that we think are metal, even though they’re not music. I have five items for you today. They involve sharks in a trance, humans in a slingshot, ESPNS, a blue devil horse — and a trippy bonus item.

Cristina Zenato is an Italian scuba diver who has mastered an unusual (and certifiably insane) technique: she can put sharks into a trance. According to this article, she induces the “tonic” state in sharks by rubbing the “Ampullae of Lorenzini” — which is the name of hundreds of jelly-filled pores around the shark’s nose and mouth. Those pores act as electroreceptors that detect prey moving in the electromagnetic field around the shark – but also, for some reason rubbing them produces that “tonic” state.

A “tonic” state is a natural state of paralysis in sharks that lasts for about 15 minutes. It can happen when they’re turned upside down. It also appears to happen when you rub their Ampullae of Lorenzini. Of course, to rub those pours, you’ve got to put your hand really close to the part of the shark that can bite off your whole fucking arm.

Cristina Zenato isn’t quite as nuts as it might seem at first. Although she’s been working with sharks for more than 15 years, she still wears a chain link suit in case one of the animals is tempted to make a meal from her body parts. But watching what she does is still awe-inspiring. (more after the jump . . .)

Sharks are metal, and fucking with sharks like Cristina Zenato does is, I dunno, über-metal? Here’s a fuck-tastic video, beautifully filmed and edited by Joe Romeiro, showing Cristina Zenato doing her thing. The music isn’t metal, but it’s still damned good. The song is a Mexican standard called “Malagueña Salerosa”, and here it’s performed by a band based in Austin, Texas, called Chingon (which includes film director Robert Rodriguez on guitar). Chingon’s version of the song also appeared in the movie Kill Bill 2.

Credit to TYWKIWDBI for this feature.

I guess human slingshot videos have been around the Tube of You for years, but I saw my first one only a few days ago because it appeared on the wall of one of my Book of Face friends. I looked at a couple more, but this one looks like it’s professionally filmed and definitely has the best visuals. It also has a soundtrack (a song called “Head In the Air” by Micah Anderson), but I wish I had the energy to replace it with something metal. You can always turn the sound down.

Anyway, this looks pretty fuckin’ metal to me. I’d do this, except with my luck I’d be impaled on one of those distant trees.

I’d also want to wear an adult diaper before doing that slingshot thing.

Look behind you dude! 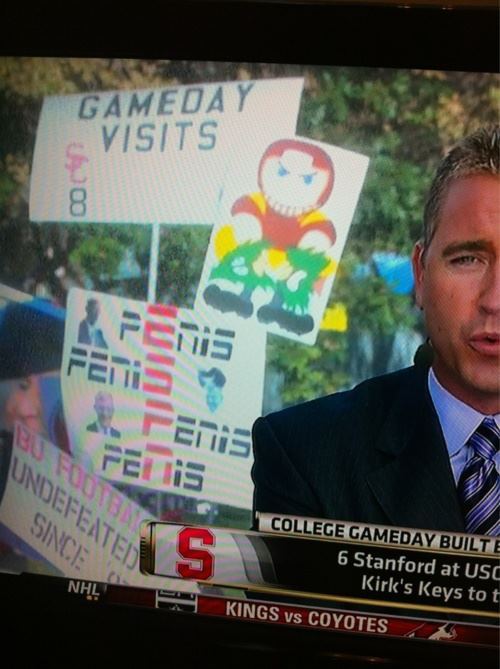 “Blue Mustang” is the name of a sculpture installed just south of the Denver International Airport. It’s a statue of a wild, cobalt blue horse, with electric red eyes, and it’s . . . uh . . . anatomically correct. Rearing 32 feet high, it demands the attention of every traveler driving into the Denver International Airport. I’ve been through that airport since the sculpture was installed, but only to change planes, so I haven’t seen it myself. But the photos I’ve seen are pretty striking. Like this one: 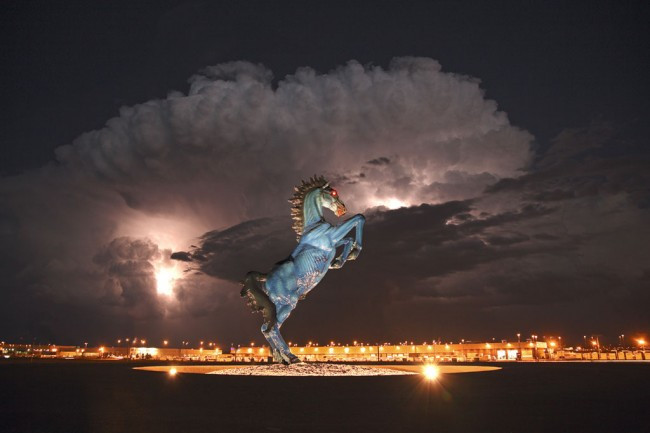 There’s quite a story behind the sculpture, too. The City of Denver originally commissioned it from New Mexico artist Luis Jimenez in 1993, two years before the airport opened. In 2006, Jimenez was killed when a section of the unfinished horse fell from a hoist at his Hondo, New Mexico, studio. Jimenez’s sons, Adan and Orion, completed the sculpture, and it was installed Feb. 11, 2008.

The fact that the sculpture killed the artist, plus the appearance of the thing, have generated continuing controversy in Denver. Some people think it’s cursed, and others are of the opinion that maybe this isn’t what travelers really want to be seeing right before taking an airplane flight. There’s some agitation to have the sculpture removed, but I hope that movement fails, because this sculpture is Fucking. Metal.

Of course, it has been given lots of nicknames. “Bluecifer” is the one I like best. 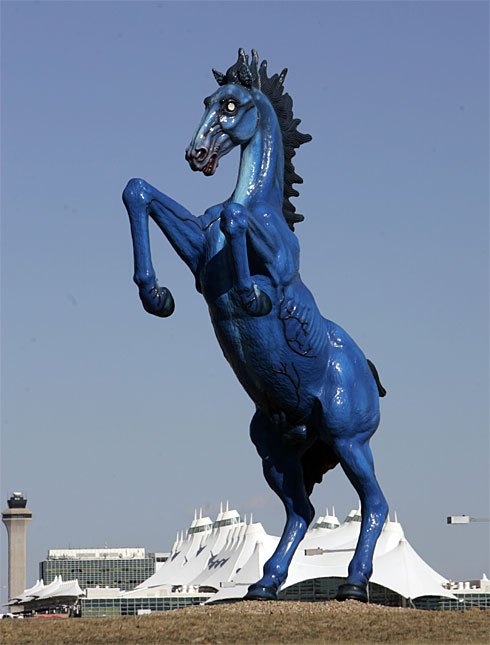 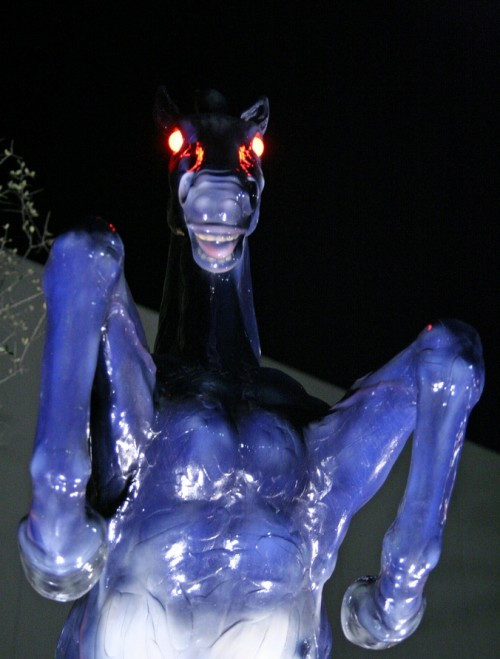 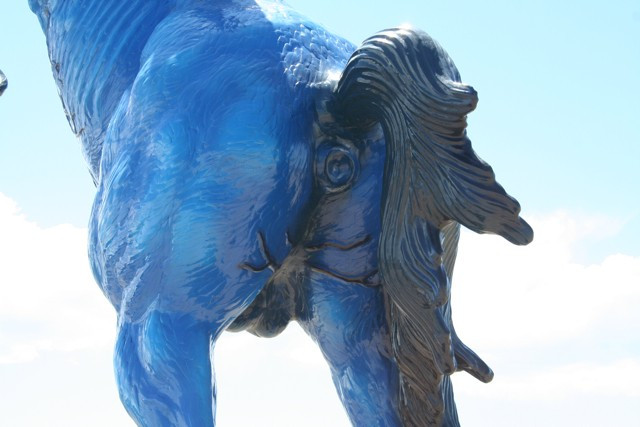 And now here’s a bonus item. I saw the following animated video this morning on the Kuriositas blog. It seemed fitting to put it right here, because it begins and ends with a running horse.

It’s a helluva piece of pencil animation, filled with anime references and appearances of all sorts of other images from “pop culture”, and it gets progressively more trippy as it moves along. The music is by Fatboy Slim. The video is called PencilHead.