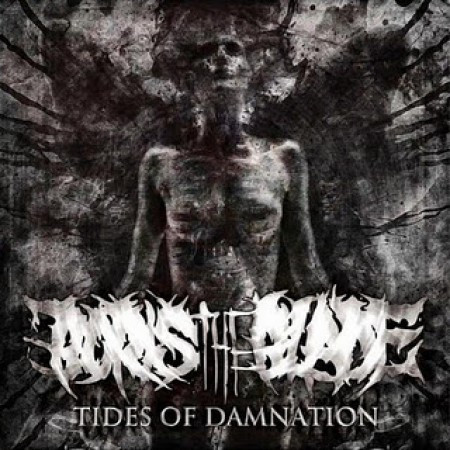 (Guest writer Austin Slagle-Knauss makes his first NCS appearance with a review of a new EP out of Australia.)

What do you think when you hear “Australian metal band”? First band I think of is Did You Mean Australia (who are not from Australia, but from Cincinatti) followed by Parkway Drive and the lesser known Thy Art is Murder. Well, there’s a new act on the horizon that will rival any of the bands mentioned before: Behold Boris the Blade and their new ep Tides of Damnation.

Think about the name for a moment and you might guess it’s another shitty core band trying to use a cool Snatch reference for a name. But upon my first time hearing them, I was pleasantly kicked in the head with a brutality that I was not expecting.

The band is a 5-piece from Melbourne, Australia, with ex-The Red Shore guitarist Roman Koester, who brings out the big guns, whether delivering a slow, daunting breakdown as in in the instrumental “Wastelands” or the full-on aural assault that is “Like Wolves” (which features guest vocals by CJ McMahon of Thy Art Is Murder).

The band has already made it to Number One on the Australian iTunes metal chart, and with good reason: This band makes you want to fucking devastate anything or anyone that crosses you. (more after the jump . . .)

Given that this is only the band’s first EP, with six songs running, I was truly shocked at the musicianship of the band and the production quality. I hope and pray that this band gets big enough to tour America, because that would be a real treat, considering all the mediocre and straight-up terrible metal that still tours on a consistent basis.

If you love tech-death with a side of skull-splitting breakdowns, I strongly recommend this band.

7 Responses to “SHORT BUT SWEET: BORIS THE BLADE’S “TIDES OF DAMNATION””