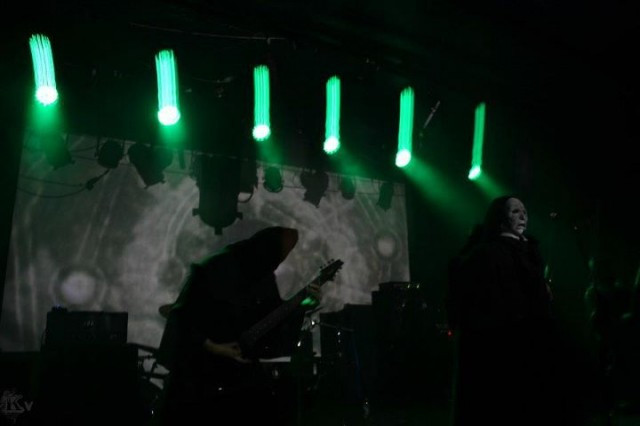 This post is nothing more (and nothing less) than a bunch of fairly recent odds and ends I threw together about Portal. Portal is not a band whose music I immediately liked when I first heard it. It’s grotesque, rending, soul-shuddering noise; if there’s such a thing as avant-garde death metal, then I guess that’s what Portal plays. But the music has grown on me over time, and I’ve become fascinated by the band.

In this post, I’ve collected a Portal remix of another band’s music, news about Portal’s next album, a recently released video of Portal performing “Swarth” in 2008, a big batch of cool photos from a November 11, 2011 show in Brisbane, and — hot off the presses — a just-released video of the band performing at that same show.

Portal is one of several bands and producers who were asked by Bloody Panda to remix their 2009 album, Summon. The remix album, Summon: Invocation will be self-released by Bloody Panda on November 15. Brooklyn Vegan has been periodically streaming songs from the remix album, but the first one to which I paid attention was the one that Portal did — because it’s Portal.

The song is called “Saccades II”. Portal’s mastermind, Horror Illogium, described the remix of the song in a brief Brooklyn Vegan interview published last week: “This was the first and only remix that we have experimented on. In this instance, the eerie feedback on the bass guitar distortion became the epicentre of the mix in which we built around, we chose to use what tracks already existed and simply warp them into a kind of descent.”

I’ve never given Bloody Panda much of a chance — I heard something from them once upon a time and couldn’t get into it. I probably ought to delve more deeply into their music before ruling them out, but in any event, I haven’t heard the original of this song. The Portal remix is a flood of massive, groaning, howling, shrieking, distorted chords, and someone going nuts on a drum kit.

I think I lost part of my mind listening to this. I think I’m going to call this post-life metal.  (I’m embedding the player here, but it may not work immediately because of the Brooklyn Vegan exclusive.  In the meantime, you can go check out the song via THIS LINK.)

Within the last month, Portal also posted video clips of a professionally filmed performance from 2008 (when The Curator was still wearing a grandfather clock on his head), including this footage of “Swarth”. It’s the sound of giant demon hornets blanketing the earth, and we have all become their food.

In that same Brooklyn Vegan interview mentioned earlier, Horror revealed that the band have recorded their 4th full length album, with only vocal tracks remaining to be laid down. This will cause rejoicing in the dark crevices of the underworld, inhabited by the castoff spawn of fallen angels who dream to the sound of human flesh being torn apart and boiled in oil. I’m pretty stoked about it, too.

Portal also have an upcoming Australian tour with ABSU in January. I’m hoping the NCS lorises will have perfected the teleporter technology in time for that show.

On 11-11-11, Portal played a show in Brisbane, Australia, called Illoomination. Here’s a video that just became available today of the band performing “Black Houses” from their 2007 album Outre’. Gone are The Curator’s grandfather clock and papal mitre; in their place is a visage that’s far creepier:

And finally, here are a batch of photos from that same November 11 show. Seeing Portal live is definitely on my list of personal goals, right above achieving world peace. 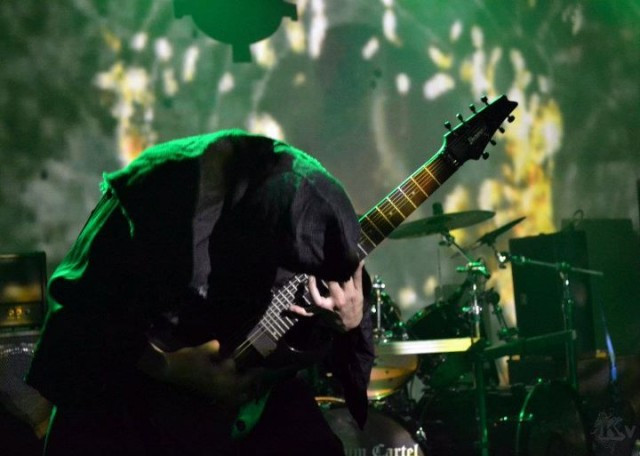 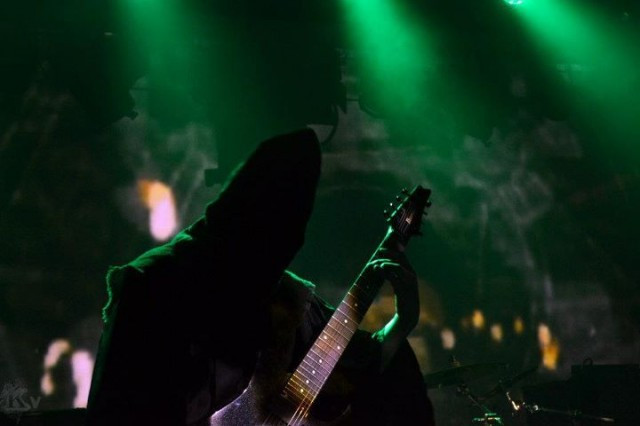 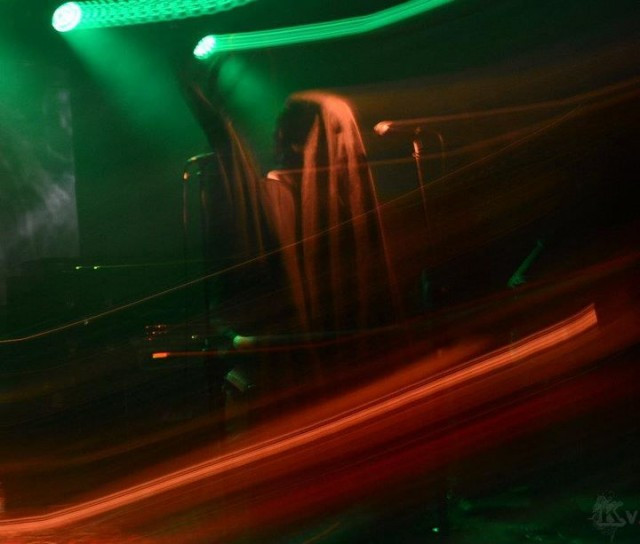 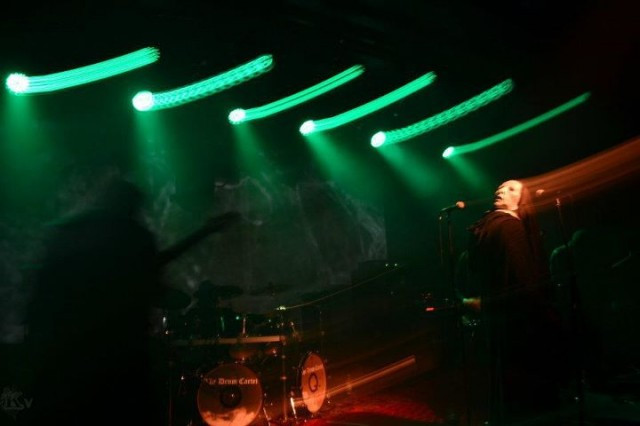 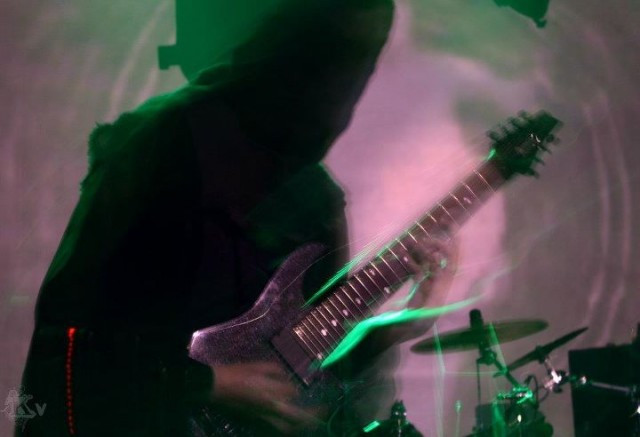 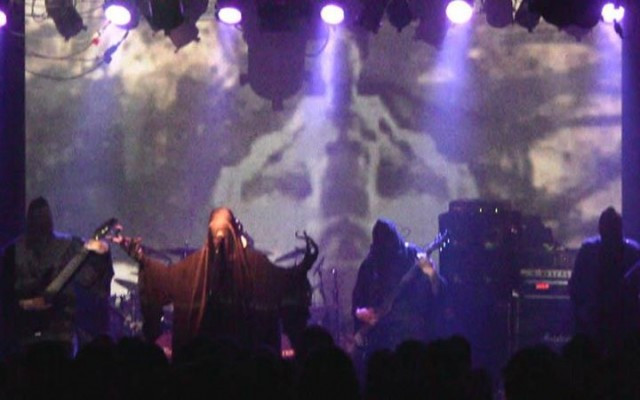 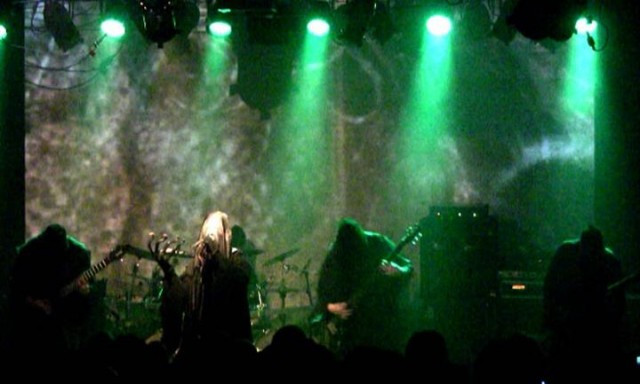 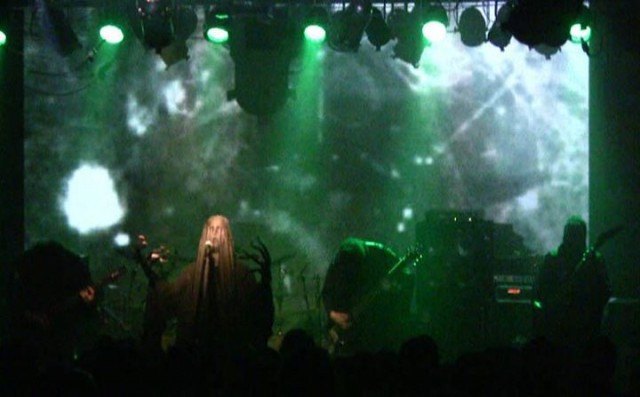 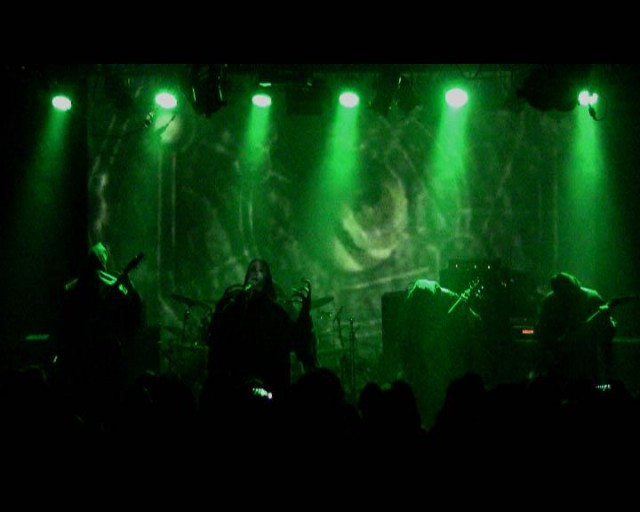 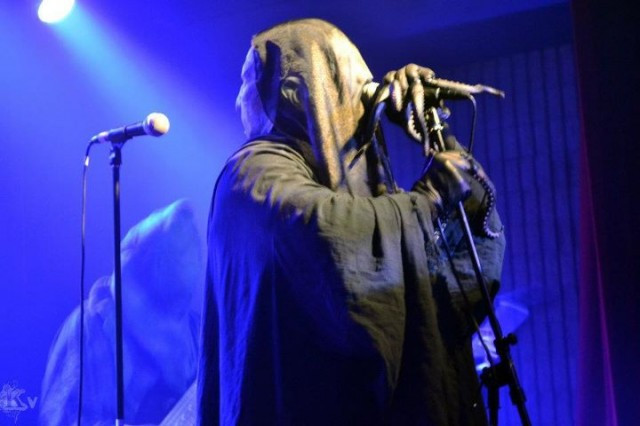 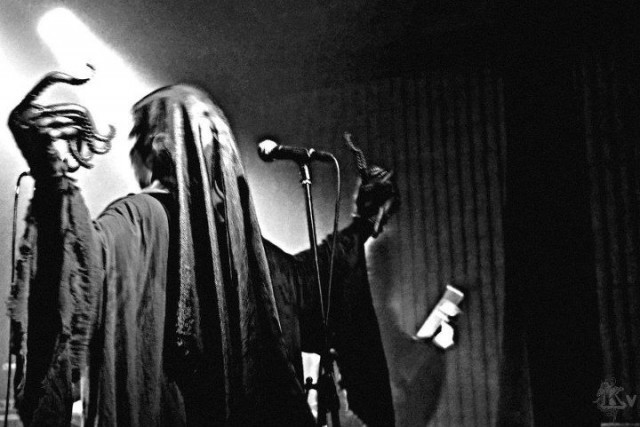 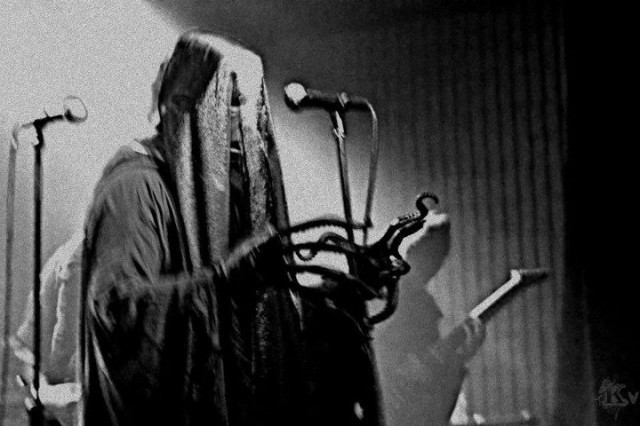 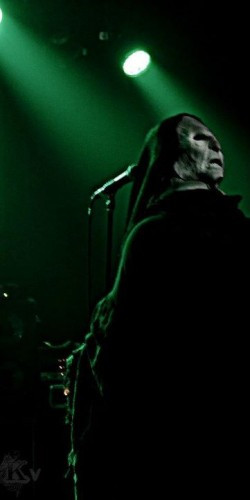