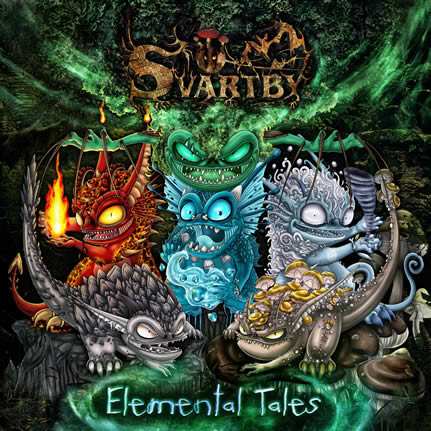 And there is a reason I am doing a double review beyond the fact that the bands share a similar sound.  They often trade members as well; it’s almost a folk death collective in a weird way.  I like this kind of shit; see my comments on the Korpiklaani/Troll Gnet El collaboration if you don’t believe me.  It seems like folk metal bands are more into this sense of community than other genres.  If you follow the photography of Audrey DuJardin (and you really should), she has some recent shots she took while on the road with Heidenfest.  Watching Finntroll voxmaster Mathias Lillmåns shriek out the breakdown of Alestorm’s “Death Throes of the Terrorsquid” is pure masturbatory musical fetishism for me.  But I digress.

Svartby is…fun.  I’m not sure how else to describe them.  Now I know there are some people who don’t like fun in their metal, but it’s not without precedent (anyone remember ‘Tankard’?) and it IS possible to be fun and bring the heavy simultaneously.  Honestly, considering how hard metalheads like to get drunk and party I’m surprised folk metal doesn’t have a much bigger following.

Anyway, Svartby just finished up a third full length album entitled Elemental Tales, which is a concept album (I know what you’re thinking) about, well… imps (not what you were thinking).  But before you get all Judgey McJudgerson on me, listen to “Flaming Balls”.  This is folk metal how I like it: fast, stompy, and…yes, a thousand times fuck yes, FUN. Suck it, haters.  Suck Flaming Balls. 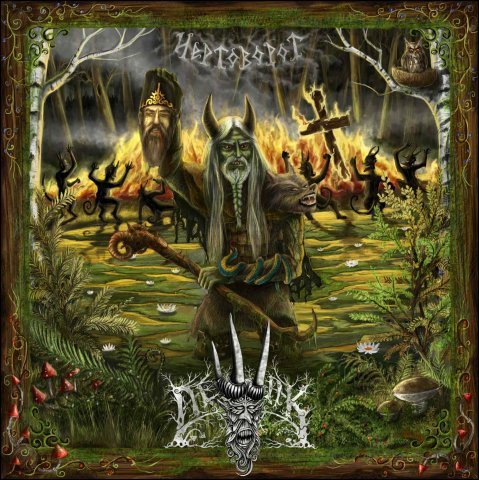 Leshak is fairly new on the scene, having only released one ‘full length’ album (in quotes because I believe it clocks in at less than a half hour) — Tchertovorot. I would describe them as simultaneously more folky and more deathy than their Northern brothers in Svartby.  The deathy part is purely in the vocals, I think…it reminds me of something…it takes me back… waaaay back… to Amorphis‘ Tales From the Thousand Lakes, which is one of my all-time favourite albums ever of all time.  Ever.  Nowhere is this more present I think than in the track “By the Paths of Leshak”, with its intestinal-discharge vocalizations and oddly eerie flute overlay.  These guys are not as fun as Svartby, but that doesn’t mean they don’t have their moments… check out their cover of Motörhead’s “Ace of Spades”.

Leshak, ‘By the Paths of Leshak’

I have enough Russian folk metal fists to sodomize all of you for a month, but I’ll spare you that punishment for now and leave them for another post.  Until then enjoy the folking I’ve just given you and try not to sit down for a day or so.

EDITOR’S NOTE: Svartby’s new album, Elemental Tales, will be released by Trollzorn on January 27. All elemental imps in the album cover — which is just stupendous, isn’t it? — were created by a young artist from Moscow named Tatyana Stasenkova. Svartby’s facebook page is HERE.

Leshak’s Tchertovorot album was released in 2009 by Stygian Crypt Productions, and you can find Leshak on facebook via this link.