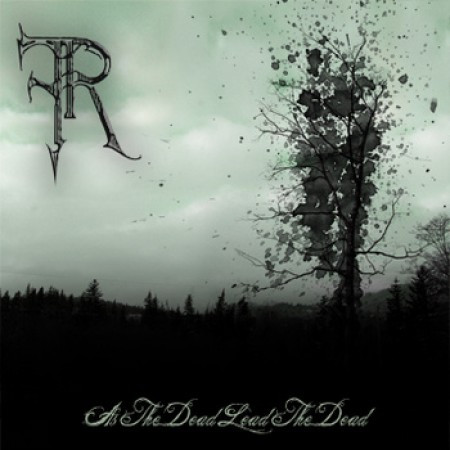 (TheMadIsraeli reviews an EP by a band from the frozen north of Canada who surprised him with their music.)

I say “unexpectedly” because I really thought this was going to be generic Christian metalcore or something similarly un-distinctive, an experience I’m pretty familiar with.  When I wrote for my previous gig at now-defunct The Metal Register, it was an all too common experience for Christian bands to hit me up requesting a review after I had expressed the fact that I was a Christian and wished out loud that there were more good Christian metal to go around.  Unfortunately, the music I received always sucked.  ALWAYS SUCKED.

So, when First Reign surfaced, I’ll admit I was making a judgment call before I even gave them a listen.  But I did listen to the band’s debut EP As The Dead Lead The Dead, released in 2007.  It’s all they have out right now until they finish their debut album (which they are currently recording) — which I will definitely be reviewing as well.

First Reign are a band for which you can’t really make valid comparisons without running the risk of giving people the totally wrong impression.  This is indeed melodeath, channeling vibes of The Gallery-era Dark Tranquility, but beyond that lies a Protest The Hero sense of composition, full of jarring tempo changes and odd “hiccups” in the time signatures, as well as an absolutely profound and undeniable Into Eternity influence also contained within both the constantly transitioning song structures and also the vocal department. 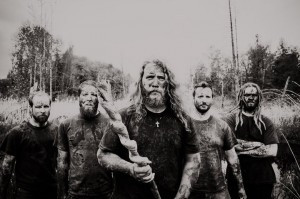 Dallas Erickson has the melodeath growl down to a science in classic Lindberg-ian fashion, but with it he carries one of the best clean voices I’ve heard in metal.  PERIOD.  He possesses a powerful, impassioned voice that doesn’t come off with the power-metal cheese some might feel that Stu Block from Into Eternity lays out for example.

Sean Lang’s drumming is also really something. He is a master and manipulator of the cacophonous landscapes that these songs paint, making the transitions sound deceptively easier to the ears than they are in reality.

The stringed assault of Ryan McDonald, Chris Holtz, and Russ O’Shea is a potent and effective one.  Masterful guitar and bass interplay is going on almost all of the time, especially between the guitars.  I really enjoyed the complex layering of sound that unfolded when these guys were doing their thing in between the vocals.  This band also has that time-warping quality I’ve mentioned before — making their on-average six-minute songs feel twice as long, because they pack so much well-integrated content into each one.

In summary, this is pretty fucking good-ass shit.  I leave you with the Bandcamp player that will allow you to listen to this EP in its entirety, plus I’m providing two videos of drummer Sean Lang playing through two new songs and a demo of another song that will appear on the full length.  Expect a Spring release for that. First Reign’s Bandcamp page is HERE.