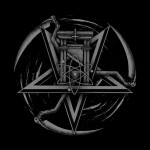 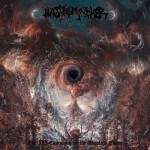 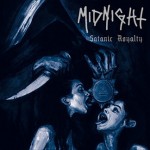 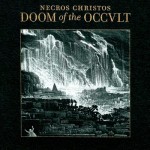 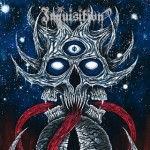 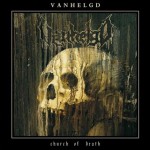 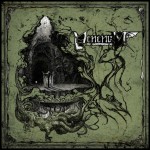 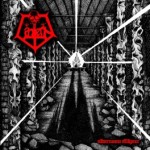 (NCS guest contributor and avid commenter SurgicalBrute provides a Best of 2011 for all trve curmudgeons out there, and I threw in a handful of song clips at the end. Listening to all these albums in a row would be like having a grenade detonate inside your belly while a napalm canister goes off inside your skull.)

I know it’s been a hell of a year for metal, because my credit card statement keeps reminding me. So when I first started writing this, I wasn’t entirely sure what would make it onto my list. While some of my choices were pretty obvious, even from the very beginning, several of my mid-year favorites ended up getting bumped because of some last-minute discoveries. After a little thought, a little time, and a little alcohol (okay maybe more than a little), I finally settled on 15 albums I would call my “must haves” for this year.  There are a few honorable mentions as well, just to round things out.

Most of the stuff I really like tends to fall on the death metal side of things, but there’s a mix of black and even a little doom as well. No, there is no Tech, ‘Core, or Machine Head on here. Yes, I like Disma. No, it did not make my list. Yes, I actually have a very good reason for that.

So, in no particular order, here’s my list…enjoy…\m/

Picking up where Angelcorpse left off, Gene Palubicki comes back with another rapid-fire assault of blackened death metal. There are no slow burners on this release, just full-on annihilation.

Blasphemophagher – The III Command of the Absolute Chaos

Nasty and aggressive, Blasphemophagher gets better with every release. This band isn’t for everyone, but if you like raw, bestial black metal, it doesn’t get much better. Completely relentless from beginning to end. 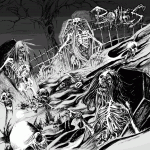 Three members of Chicago thrash metal legends Usurper came together to create this slice of crusty death metal. Bones doesn’t come at you like a sledgehammer; it’s more like a chainsaw.

It took nearly eight years of EPs, Splits, and Demos before Midnight released a full length, and yeah, it was damn good. This is the dirty, Venom-inspired speed metal that would be playing at the Devil’s favorite dive bar.

Necros Christos – Doom of the Occult

A lot has been said about this album, by writers far more qualified than I am. But for those who don’t know, Necros Christos mixes crushing mid-paced death metal with Middle Eastern influences to achieve a really impressive album filled with occult atmosphere. I can’t recommend this one highly enough.

Okay, this one may be a bit of a cheat, but it didn’t get a U.S. release until 2011, so technically it’s legal. This is savage, ripping black metal with just a bit of melody to even things out. Some people may find Dagon’s croaking vocals to be bit difficult to take, but the riffing is undeniable.

There have been a lot of impressive bands playing Swedish-style death metal this year, so it’s a shame that Vanhelgd seemed to slide under the radar. Unleashing a dose of blasphemous old school death, they set themselves apart by never quite falling into total worship territory. Instead they put together a dark, melodic album where the riffs never feel rehashed.

I covered this band previously, but just to reiterate: Venenum is a band that made some real waves early this year by releasing a self-titled demo that sold out almost instantly. As I said before, this is no worship band. They play heavy, diverse metal with great song structure. Any fan of death metal should track this down.

Just looking over my list, you can see I love the old school death metal trend. Even so, I’m willing to admit that it can get a bit monotonous. So when I find a band like this I tend to take notice. Mixing their own unique sound with a classic atmosphere, Lantern is a death metal band that sounds both incredibly familiar and completely original. 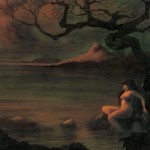 Classic doom metal has become increasingly popular in the last couple of years, and Elder is quickly becoming a name within that scene. Moving past the straightforward Sabbath riffs that are featured in most stoner bands, they display tight, variable compositions that never seem to bog down even on the longest songs. 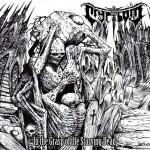 Cryptborn – In the Grasp of the Starving Dead (EP)

While Cryptborn have plenty in common with other Finnish death/doom bands, they’ve surprisingly managed to work a bit of Swedish tone into their sound as well. While there’s nothing fancy about this band, the dirty, fuzzy death metal they play will run you down and grind you up. 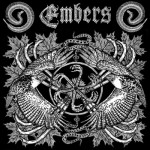 A lot of thought went into this album, and it definitely shows. In their first full-length release, Embers have managed to skillfully combine the raw hatred of black metal with the crushing sorrow of doom metal. This is band with a diverse sound that never fails to keep the listener’s attention. 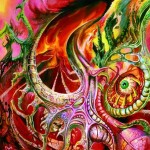 Morbus Chron – Sleepers in the Rift

Morbus Chron has gathered some rightly deserved attention among Swedish metal bands. Taking influences from all over the metal genre, they give us an album that has just as much in common with bands like Autopsy as it does bands like Entombed. Sleepers in the Rift is a ferocious blast of late 80’s underground death that succeeds where many other bands have failed. 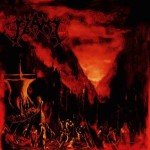 When a band is made up of former members of Urn, you know what to expect….no holds barred blackened thrash. With addicting riffs and pounding drums, there is no subtlety here. Just top-notch musicianship, and a malicious atmosphere 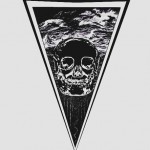 Even though they tend to get thrown into the whole Cascadian black metal scene, it’s a mistake to pigeonhole them. This band effortlessly combine atmospheric black metal with elements of doom, post-rock, and progressive metal and still don’t lose any sense of aggression. For anyone who may have foolishly dismissed this band, this is one album that lives up to the hype

Vader – Welcome to the Morbid Reich

Antediluvian –Through the Cervix of Hawwah

Bombs Of Hades – Into the Eternal Pit of Fire

Corpsessed – The Dagger & The Chalice

Deadnight – Riders of the Black Wind

EDITOR’S NOTE:  SurgicalBrute’s album descriptions got my mouth watering for music from the many albums on this list that I haven’t yet heard. So I randomly picked songs from a few of those, and here they are: