This is Part 8 of our list of the most infectious extreme metal songs released this year. Each day until the list is finished, I’m posting two songs that made the cut. For more details about what this list is all about and how it was compiled, read the Introduction via this link. To see the selections that preceded this one, click the Category link on the right side of the page called MOST INFECTIOUS SONGS-2011.

Last February some impulse made me stop in my web browsing and watch a music video from a Danish thrash band called Essence. I gritted my teeth before pressing “play” because I tend to get bored by most thrash metal, both old and new. But the song turned out to be different from what I was expecting, and not just different but really good — thrash with some unusual and original ingredients in the mix, including traditional heavy metal influences.

The video was for a song called “Blood Culture” off the band’s debut album, Lost In Violence, which was released on February 25 via Belgium’s Ultimhate Records. As I wrote in an enthusiastic post about the video, what initially stopped me from hitting the “stop” button was the extended bass intro — a very cool piece of lower-register slap-and-tap flash that got my head nodding as it gained and then lost speed. At about 1:25, the song proper starts, and it’s built around some speedy, immensely catchy riffs — two main ones that, standing alone, would have been quite satisfying but when joined together elevated this song to a high level of infectiousness.

The vocals are also great (and thrash vocals are part of what usually turn me off about the genre), but what really seals the deal is what happens beginning at the 4:20 mark.

There’s a screaming piece of guitar shred followed by an equally pyrotechnical bass solo. I just don’t often come across metal songs, particularly thrash songs, that use the bass this way, and it puts a big fucking smile on my face every time I hear this song. Not even a close call on this one — the song is easily one of the most infectious I’ve heard all year. 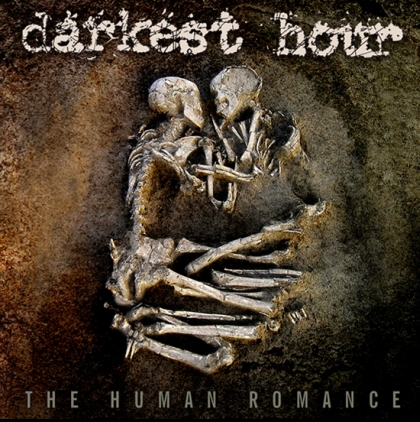 When Andy Synn named The Human Romance to his NCS list of the year’s “Great Albums”, he summed it up as follows: “All the members are performing at their peak on this album. The vocals have never sounded so raw and impassioned, the riffs have never had more bite, while the bass rumbles proudly and the melodies infect voraciously.”

I agree that the album is very strong. As Andy wrote in his detailed review, it’s “fiery and heavy” and “most rewarding after repeat listens”. Mike “Lonestar” Corrigan and Mike Schleibaum have proven to be a formidable guitar duo with great range in their style and tone. They can be blistering in their aggressive attacks, but some of the sweetest moments on the album come when they lock together in dual-guitar harmonies. Ryan Parrish also vividly demonstrates not only his top-shelf physical skill as a drummer but also a deft command of what works best for each song.

And then there’s John Henry and his one-of-a-kind vocals. He’s one of the few singers I’ve heard who can actually carry a melodic chorus with his voice despite the fact that he’s doing it with a raw, explosively harsh sound.

“Savor the Kill” showcases all the band’s talents. It includes a “thumping, stomping beat” (to borrow Andy’s words) in the verse sections, a soaring chorus that sticks immediately, and a beautiful, layered guitar solo. Cool song, and yes, infectious enough to command a place on this list.

3 Responses to “OUR LIST OF 2011’S MOST INFECTIOUS EXTREME METAL SONGS: PART 8”