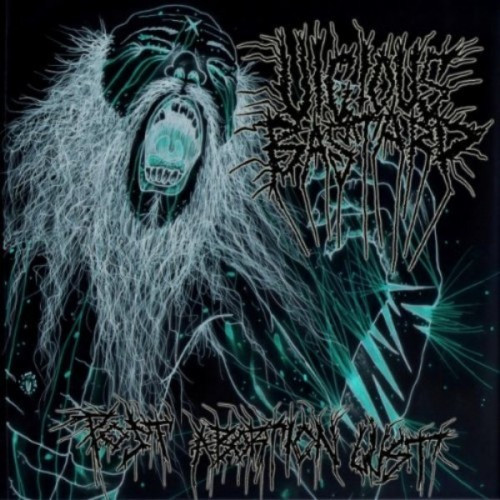 (TheMadIsraeli emerges from his holiday cocoon with his first review of 2012. He’s not exactly easing into things.)

Alright NCSer’s, I’ve decided my work on year end-content has been putting off my output for too long, so, while you will see those things from me eventually, I got tired of not being able to stroke my own ego by reading my own sexually stimulating prose on our glorious website.

This is Vicious Bastard and their debut Post Abortion Lust. You’re probably thinking, “Oh great, this is another grind/pornogrind/deathgrind album from among the billions that are out there. Why should I give two fucks?” Here is a small excerpt off of Vicious Bastard’s Facebook page.

Vicious Bastard play some of the grimiest, filthiest, most putrid grindcore I’ve heard in a long time, combining the savagery of old school legends such as Napalm Death or Brutal Truth with the buzz-saw guitar tone and heft of of Swedish legends like Entombed and Dismember. It sounds like an odd combination in principle, but the effectiveness of the product is staggering.

The riffs are crusty, tremolo-picking, power-chord-sliding, old-school retention, dripping with primordial ooze, while the drums — which sound like a cacophonous cascade of fracturing metal and shattering glass — provide an immensely brutal onslaught to all of your senses.

The vocals of Luke Orchard are fucking nasty and about as unhindered as I’ve ever heard. They’re mixed in with this nice static-ee effect that helps quite a bit in conveying the chaos being communicated here. Songs like “Grand Slut” and “Baptised In Shit” are just soaked in the most corrosive filth. while the music itself is capable of sending any metal-loving maniac into a frothing-at-the-mouth rage. It’s the soundtrack to going postal, as it were.

Here’s the first 5 songs in a row. Buy this shit.

(Find these vicious bastards at Facebook here; buy their vicious music at iTunes or Amazon mp3.)