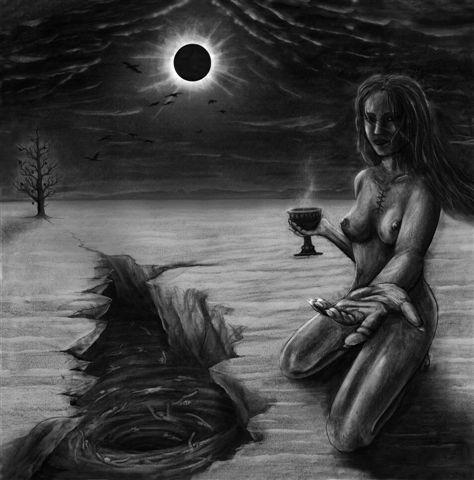 This is Part 14 of our list of the most infectious extreme metal songs released this year. Each day until the list is finished, I’m posting two songs that made the cut. For more details about what this list is all about and how it was compiled, read the Introduction via this link. To see the selections that preceded this one, click the Category link on the right side of the page called MOST INFECTIOUS SONGS-2011.

Okay, it’s time for a quick status report on this series. You know how at the beginning I said I didn’t know how many songs would be on the final list because I still hadn’t finished making my picks, but that my goal was to stop at 30 songs, like I did last year? Uh huh, will that ain’t gonna happen. With today’s two additions, we’re up to 28, and there’s no way I can pick only two more songs from what I’ve got left on my list of candidates.

So, how many more songs are coming? Fuck if I know. All I know for sure is that today’s two additions are long-form black metal songs that had a powerful effect on me this year, and I couldn’t omit them from this list.

Alghazanth is a Finnish black metal band who I discovered through reader comments way back when we were doing that Finland Tribute Week series. Their sixth full-length album, titled Vinum Intus, barely qualified for consideration on this list — it was released on January 1, 2011. It’s the album I came across when I started trying to find out more about the band’s music.

Alghazanth has been around since the mid-90’s, but has undergone many line-up changes since then. For the last two albums, their vocalist (and bass player) was Mikko Kotamäki (working under the name Goat Tormentor), who you may recognize as the frontman for Swallow the Sun and Barren Earth. He has since departed Alghazanth, but they’re still forging ahead with new music without him.

I never got around to reviewing Vinum Intus, despite how much I liked it. But I did write a post about one of the songs on the album. The song is called “With A Thorn In Our Hearts”, and my post was called “A Brief Burst of Uncontainable Enthusiasm”, because that’s how I felt about the song.

I still feel that way. It’s sweepingly melodic, and emotionally resonant in a dark, mid-winter kind of way. Kotamäki’s vocals are knife-edged and raw, the guitars flood you with tremolo cascades and arcs of clean chords, and there are folk elements that make an appearance near the end. Damned fine song.

“With A Thorn In Our Hearts”

[audio:https://www.nocleansinging.com/wp-content/uploads/2012/01/Alghazanth-02-With-A-Thorn-In-Our-Hearts.mp3|titles=Alghazanth – With A Thorn In Our Hearts]

Vinum Intus wasn’t the only fine album I heard last year that I never got around to reviewing despite my intentions. I fucked up and never wrote about this one either: 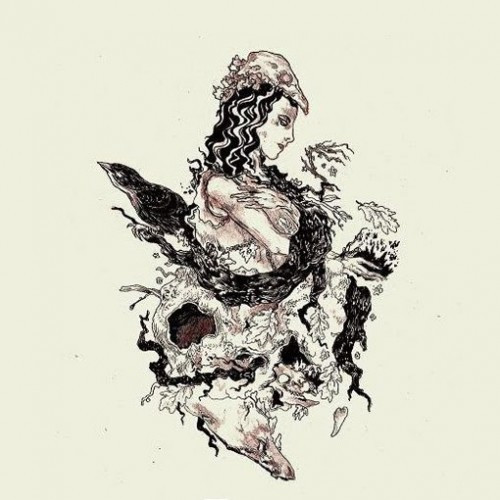 deafheaven’s album debut, Roads To Judah, has appeared on a shitload of Best of 2011 lists. It’s one of the best I heard last year, too. It includes only four songs, but they’re long ones. The longest, at more than 12 minutes, is the opening track “Violet”. I was stunned by the song when I first heard the recording, and then it planted itself even more firmly in my skull when I heard deafheaven perform it at the beginning of their live set in Seattle last November (part of a mini-tour with Russian Circles).

I used to wonder if it was possible for romanticism and black metal to co-exist. “Cold” and “icy” are words frequently used to describe the sonic template of black metal, but it’s undeniable that the genre is infused with passion. It’s just that the passions generally seem only to span a range from seething bitterness to blood-hungry rage. But with “Violet”, deafheaven wear their hearts on their sleeves (and don’t think that means the music is wimpy — it isn’t). 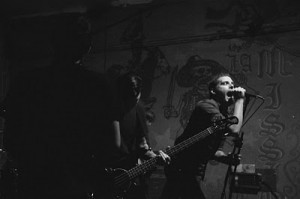 The song begins with an instrumental introduction that lasts more than four minutes. When the band perform the song on stage, dramatic (and unusually clean-cut) vocalist George Clarke turns sideways to the audience and slowly but thoroughly immerses himself in the melodic sweep of the music, rocking back and forth with the slow beat, using the mic stand to support himself. The intro builds to a screeching crescendo and then an eruption of blast beats signal a marked increase in intensity as Clarke’s scarring vocals make their appearance.

At a about 7 minutes, a solo of blazing tremolo-picked guitars carve a change in the melody. The intense wave of dark melody resumes, but is interrupted again with a chiming guitar interlude, followed again by a cascade of dense guitar chords that wash the listener out to sea.

It’s not a complicated piece of music, but it sure as hell has stuck in my head for months, so I think it belongs on this list:

deafheaven can be found on facebook here and their Bandcamp page is at this place, where deafheaven is offering their excellent demo (which preceded Roads To Judah) with a “name your price” option. By visiting this location, you can also get a free high-quality download of deafheaven’s entire live set on January 15th, 2011, at a loading dock turned venue called “The Blacktop” in Bell Gardens, California. Another deafheaven live set from that Russian Circles tour in November can also be freely downloaded here.

3 Responses to “OUR LIST OF 2011’S MOST INFECTIOUS EXTREME METAL SONGS: PART 14”