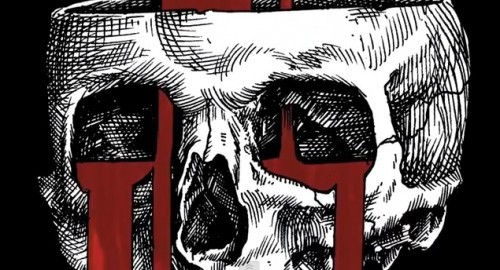 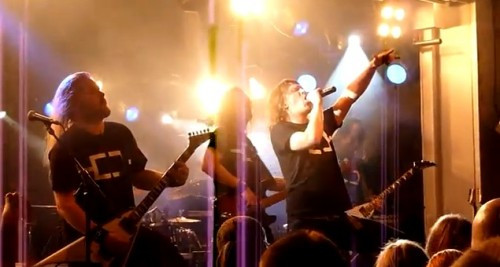 Man, what a morning this has been so far. First, we had a brief glimpse of a new Cannibal Corpse song before YouTube yanked it at Metal Blade’s request — and now we have a new Goatwhore official lyric video provided by Metal Blade. The Goatwhore track is called “Collapse In Eternal Worth”, and it’s from the new Goatwhore album Blood For the Master, which will be released on February 14 in North America and is one of my “most anticipated” records of 2012. The song is a slash of black thrash ‘n’ roll that will get your blood pumping. (Thanks to byrd36 for the tip on this one.)

But we’re still not finished with what has made this a sweet morning (for a fucking Monday). When I added “New World Shadows” to our ongoing list of 2011’s Most Infectious Extreme Metal Songs, it was a tough choice, because I was also powerfully drawn to another Omnium Gatherum song — “Soul Journeys”. This morning I was reminded why the choice was so difficult, why “Soul Journeys” is such a great song, and why Omnium Gatherum is such a great band.

What reminded me was a cool video of the band playing the song live at their last show of 2011 — on December 16 at Kerubi in Joensuu, Finland. And for Omnium Gatherum geeks, here’s a bit of trivia: When Jukka Pelkonen steps back and pulls the bass-player forward to take the lead during an instrumental section of the song, the guy who steps up Eerik Purdon, who was with the band when they recorded their last album before New World Shadows, The Redshift (2008).

There’s something about this song and about the positive energy that comes through this performance that just makes me feel (briefly) that all’s right with the world, even when all is very much not right. Watch and listen after the jump — to both the Goatwhore and the Omnium Gatherum.