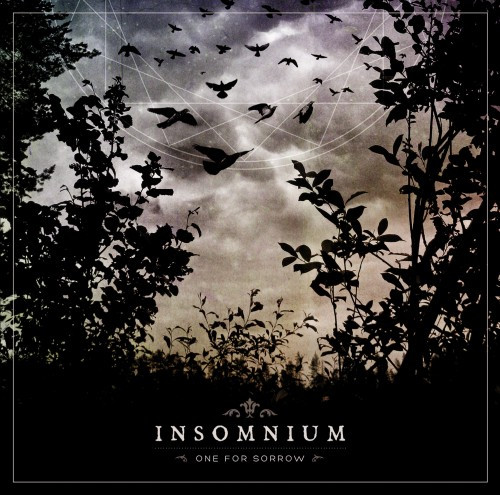 This is Part 5 of our list of the most infectious extreme metal songs released this year. Each day until the list is finished, I’m posting two songs that made the cut. For more details about what this list is all about and how it was compiled, read the Introduction via this link. To see the selections that preceded this one, click the Category link on the right side of the page called MOST INFECTIOUS SONGS-2011.

It’s no secret that we have a special aFINNity for Finnish metal at NCS, and the two songs that are the subject of today’s feature are from Finnish bands who’ve made their own distinctive marks in the genre of melodic death metal. Both Insomnium and Omnium Gatherum released wonderful albums this year, both of which were loaded with powerful, memorable songs. The hard part was not deciding whether to include these two bands on this list. The hard part was deciding which of many appealing songs on those albums should be included.

Insomnium’s album One For Sorrow made many of the “Best of 2011” lists we’ve published over the last few weeks, and Andy Synn hit the nail on the head when he summed up the album this way in his NCS review: “A poignant reminder of love and loss, and the pain of those left behind. An emblem of grief that cannot, yet somehow must, be borne, and of the strength we find within ourselves to carry on. Through all the tears shed in silence, for all the rage and sadness, One For Sorrow is at its heart an album of meditative melancholy and strength not yet subdued. Grace under pressure. Happiness and heartache in equal measure. One for sorrow, two for joy.”

Insomnium have a gift for writing songs that intricately combine power, immersive atmospherics, and irresistibly infectious melodies. Particularly because of Niilo Sevänen’s incredible harsh roars (among the best in the business), Insomnium continue to create that pairing of beauty and the beast that make their melancholy take on melodic death metal so enticing.

My “master list” of candidates for this series included three songs from One For Sorrow — more than from any other single album I heard this year: “Only One Who Waits”, “Unsung”, and “Every Hour Wounds”. I listened to them repeatedly, trying to decide which song to include in this MOST INFECTIOUS list — not exactly a painful chore, but a difficult one nonetheless. I finally settled on this one — even though it includes clean vocals (by guitarist Ville Friman). To me, it was the most emotionally affecting of the three, while also being extremely infectious.

And now, on to our second song for today: 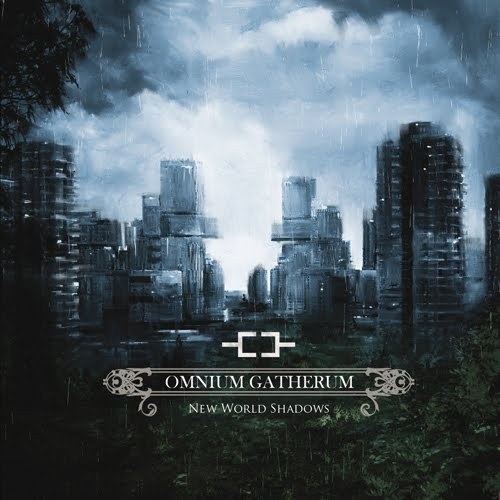 New World Shadows by  Omnium Gatherum is yet another killer 2011 release we never got around to reviewing at NCS. I have no excuse, other than the usual one: I’m a half-assed slacker. But our failure to review the album doesn’t mean it isn’t deserving of praise — and we finally did give it its due: Andy Synn summarized the album like this when he named it to his list of the “Critical Top 10 of 2011” (this will be included in Andy’s forthcoming book, The Metal Gourmet):

The album that pushes Omnium Gatherum directly up into the company of Melodic Death Metal’s A-List, New World Shadows incorporates a wide variety of influences into its bubbling cauldron of sonic stew, the Finns carefully tasting and testing their recipe, adding a dash of Edge Of Sanity’s progressiveness here, a touch of Dark Tranquillity’s rage and melancholy there, garnished with spices of electronics and keyboard flavours and coated in lashings of prime riffage drawn from across the metal spectrum to produce an album that incorporates a wide spectrum of flavours and a wide palette of inspirations. Ultimately their creation, cooked and season to perfection, New World Shadows manages to utterly transcend its influences, emerging as a signature dish that tastes of Omnum Gatherum at their finest.

Often (and understandably) compared to today’s first band, Omnium Gatherum stepped out from behind Insomnium’s large shadow with New World Shadows and took their own rightful place in the sun. Picking a song from this album for the MOST INFECTIOUS list was another difficult task. I narrowed it down to two candidates: “New World Shadows” and “Soul Journeys” (a song we featured here almost a year ago when the band released their music video for it).

I finally settled on “New World Shadows”. It’s a great example of how small things make a fine song into a memorable one — in addition to the alternating pounding/jabbing riffs and the sweeping melody, the pulsing keyboard notes that appear in the song’s second half set the hook quite effectively.

A word about the vocals: As was true in the song from Before the Dawn that appeared previously on this list and the Insomnium song today, “New World Shadows” provides a contrast between clean and harsh that works superbly well (and you know what I typically think of clean vocals in metal). Jukka Pelkonen’s harsh, gargling growls seem to be an acquired taste for some listeners, but I fucking love them — and Dan Swanö’s guest cleans on this song are simply great. Check it out:

15 Responses to “OUR LIST OF 2011’S MOST INFECTIOUS EXTREME METAL SONGS: PART 5”