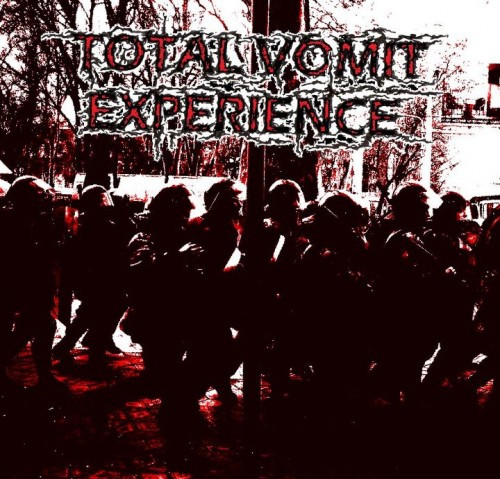 I know that most of you will be like me tonight. You’ll curl up with a romance novel and a box of chocolates and have a quiet, dreamy evening that may or may not last long enough to watch New Year’s Eve fireworks on television before you drift into a restful slumber, awakening cheerful and refreshed on New Year’s Day. For those very few of you who plan to get wrecked, piss yourselves, and wake up bleeding in a pool of your own vomit with a thermonuclear hangover and missing teeth — this post’s for you, motherfuckers!!!!  It’s time to griiiiiiiiiinnnnnndd!!!!!

Today, we’re featuring brand new and recent releases from (respectively) Fuck the Facts and Brutal Truth, but first, what better way to start this special day/night than with a band called

This band is from — where else? — Finland. I first heard their name (and once you’ve heard it, how could you forget?) when doing a little research about the excellent new death metal band Magenta Harvest for this post last May. Magenta Harvest includes a guitarist named Timo Hanhikangas, who was then a member of Total Vomit Experience, too, and that’s how I heard the name. Eventually, I checked out their online sites and found this list of “artists we also like” on TVE’s facebook page:

Now, of course, having good taste in metal doesn’t mean you can make metal that tastes good, even if you have an awe-inspiring band name like Total Vomit Experience. But it turns out that TVE definitely can make the tasty metal.

I’ve now had the pleasure of listening to three TVE songs that will appear on a forthcoming 7″ vinyl split with a band called Kashmar, and it’s like standing in the blast radius of a napalm detonation. Take massively distorted and disgustingly down-tuned guitars riffing at full-tilt; add a brutal slug of d-beats, blast-beats, and crashing cymbals; throw in combo vocals that sound like bears fighting banshees, and then turbocharge the whole thing, and you get Total Vomit Experience. Check it out:

Details about the release of the TVE/Kashmar split haven’t been finalized yet, but we’ll give you an update when we know more. In the meantime, here are Total Vomit experience links: 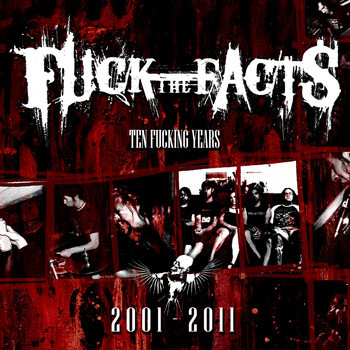 Yeah, Canadians can grind, too. That’s an understatement. There are some great Canadian grind bands in operation, but Fuck the Facts may be the best known. They’re also one of the longest-lived grind acts from north of the border. And get this: To commemorate their ten years of grinding, Fuck the Facts have just released an anniversary compilation on Bandcamp called 10 Fucking Years — and it’s free. BUT, it’s only free from Dec 26 to Jan 1, so you need to get up on this fast.

And speaking of getting up on things fast, that’s what Fuck the Facts do. Check out the music, and give a nod to MaxR from Metal Bandcamp who first posted about this release a couple days ago. 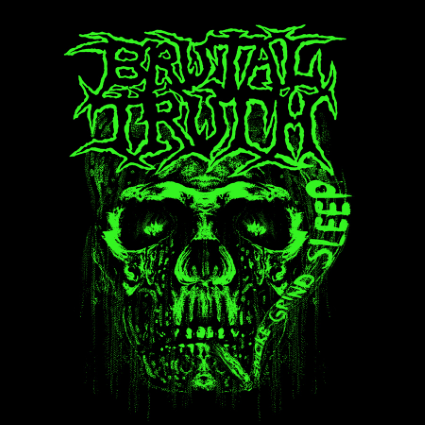 I finally got around to listening to the digital-only Brutal Truth single that Relapse Records released at the end of November. It’s called Walking Corpse 2112, and it contains the two tracks that appeared on the first installment of Decibel Magazine’s Flexi-Disc Series in late 2010 — “Walking Corpse 2112 ” and “You Should Know Better”.

I have that flexi-disk, too. I tried sleeping with it under my pillow to see if the music would enter my head that way. Apparently, I needed a turntable. I still don’t have one, so the digital release was nice — especially because that means I can now use the flexi as a mini-frisbee when I play fetch with the squirrels at the park. Squirrels may look smart, but man, they’re slow learners. I’m hoping they’l be interested in the mini frisbee.

Speaking of slow learners, I haven’t gone back to double-check, but I’m pretty sure these two recordings on the flexi appeared even earlier, “Walking Corpse 2112” as a bonus cut on the digital version of Evolution Through Revolution and “You Should Know Better” on the Scott Hull-curated This Comp Kills Fascists (Vol. 1 – 2008). Whatever, they’re still brutally truthful. You might as well start losing a few teeth now, just to get used to the feeling:

“You Should Know Better”

[audio:https://www.nocleansinging.com/wp-content/uploads/2011/12/BT_You-Should-Know-Better_Digital-Download.mp3|titles=Brutal Truth – You Should Know Better]

I also just found this recently uploaded, quality video of Brutal Truth performing at Obscene Extreme Fest 2011 last July in the Czech Republic, so I’m throwing it at you, too. I love watching Rich Hoak play the drums.