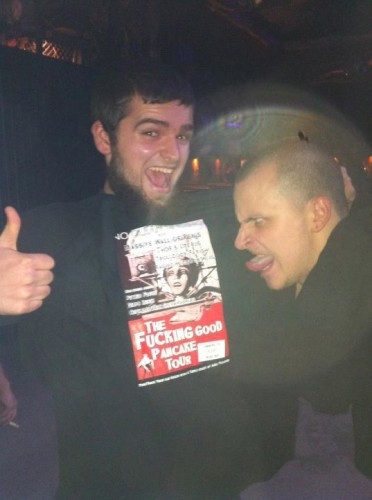 This is so massively cool I just had to share. That pic up there is Arsafes (on the left) and Anton of the most excellent Kartikeya sporting the NCS “Fucking Good Pancake” tour shirt in Moscow. How did this come to pass? Therein lies a story . . .

The story begins with RXYZYXR, a band we’ve featured multiple times at NCS, most recently here. They started out as an instrumental band whose members were based somewhere in Russia. But then they later decided to add vocals, and hooked up with Florida-based Thomas Wills. His mix of clean and harsh vocals has been a positive addition to what was already some pretty fuckin’ amazing music. 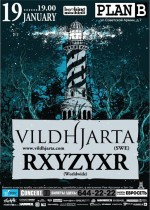 Fearless dude that he is, Thomas was an early requester of the now-infamous “Fucking Good Pancake” tour shirt that we gave away starting back in August of last year. For latecomers to NCS, the Fucking Good Pancake tour was total fiction and featured bands who don’t exist but should exist — bands such as Massive Wall of Penis, Thor’s Uterus, and Trollcock Fetish. Also, Cephalopodic Sperm Packets. (These names were created by NCS readers in a series of demented comments that kind of took on a life of their own.) But the shirt — created free of charge by the awesome Dan Arena — is completely real.

Thomas went to Russia not long ago to do RXYZYXR-related things, including performing live shows in St. Petersburg and Moscow on January 18 and 19 with none other than Sweden’s  Vildhjarta [thall]. Guess what Thomas took with him, somehow smuggling it past the vigilant Russian security apparatus, which has been on a state of high alert to prevent this shirt from infecting Russian culture?

Yeah, he took the NCS Fucking Good Pancake tour shirt with him. And then he met up with Arsafes and Anton after the Moscow show — and gave them the shirt as a present, and took a pic to memorialize the glorious occasion.

And that’s how the first copy of our shirt penetrated the Russian homeland and came into the hands of Kartikeya. Fucking cool, don’t you think?

(Thanks Thomas.)  Now, here’s a nice pic of RXYZYXR messing with minds on stage in Russia. 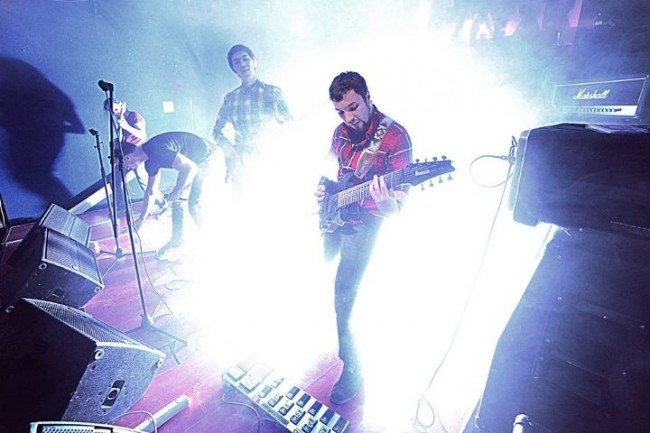