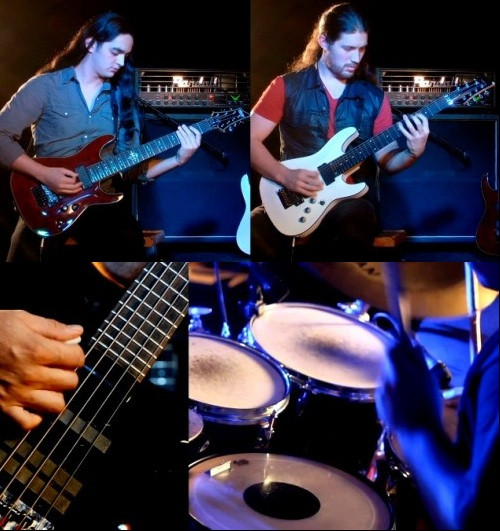 We’ve been fortunate to make the long-distance acquaintance of a talented metal band from Costa Rica named Sight of Emptiness, and we’ve been honored to help them spread the word about their new single, “Transition”. In addition to premiering the audio version of the song itself (here), we also premiered the eye-catching animated lyric video for it (here).

Today, we’ve got one more “Transition” premiere to give you — but this one comes with a twist. Today’s feature is a brand new performance video of the band playing “Transition”. Professionally filmed and edited by Andrés Montero and Sebastian Pérez, with lots of cool split-screen shots, it’s fun to watch — and of course the song is still all kinds of badass.

The twist is that this version of the song is purely instrumental — and it still works. In fact, even though only the vocals have been subtracted from the mix, it sounds almost like a new song. I hope that when the band eventually releases the single for purchase it will include both versions.

So go past the jump and watch the NCS premiere of this “Transition” video.

One Response to “ANOTHER SIGHT OF EMPTINESS VIDEO PREMIERE: INSTRUMENTAL “TRANSITION””