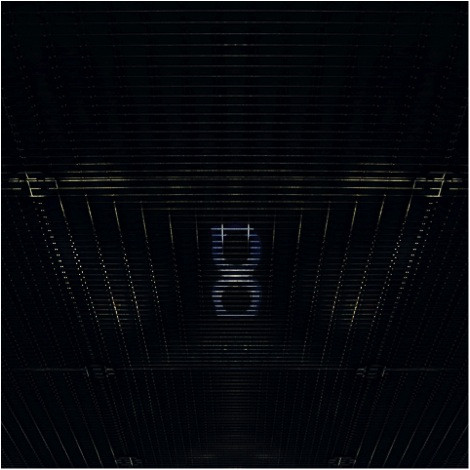 (TheMadIsraeli has a few choice words to offer about an earlier EP by Uneven Structure (France), whose 2011 album we raved about last year, plus a free download of the EP.)

The new and current albums I’ll be reviewing next aren’t scheduled for release until February, so in the meantime I’ll be trying to produce the best “non-current” content I can.  I think you’ll find that this one here is a winner.

I reviewed Uneven Structures’ debut full-length Februus last year (here), hailing it as one of the best releases of the year and ultimately including it on my list of the top 15 albums of 2012 (expect a re-review of that one soon).  In my opinion, their wall of melody, gain, and ambient soundscapes all meshed into one of the most consuming sounds ever made, and I would wager we will see them becoming major players within the modern metal scene over the next few years.

They are also the only other band in on Vildhjarta’s THALL gimmick.

That is totally relevant to this article.  Why you might ask?

Uneven Structure’s current vocalist is Matthieu Romarin, but this wasn’t always the case.  When the EP I’m reviewing today — called 8 — was recorded, it featured a totally different Uneven Structure, including a different vocalist — Daniel Adel of Vildhjarta (who is the higher-pitched of their two vocalists).

However, 8 is similar to Februus in the sense that its interconnected tracks are really one long song —  21 minutes long in this case.  But unlike Februus, 8 takes a totally different musical stance.  Uneven Structure’s focus on the cohesion between brutality and ambience is still here, but in a darker, less melodic form that — YES — does recall Meshuggah quite a bit, though not in a way that goes beyond the use of 8 strings and Meshuggah’s tuning.

The music also includes a lot of allusions to Obsolete-era Fear Factory, besides the low-tuned assault.  It has a nice mixture of industrial machine-gun attacks and frantic rhythmic displacement on top of hypnotizing grooves, plus some quite eerie sounding clean guitar overhangs and a powerful epic whirlwind of tempo- and feel-changes, all constructed on the same basic theme.  Pretty cool stuff and the kind of thing that always impresses me when a band accomplishes it.

Below is a YouTube stream of the EP as a single song. Oh yeah, and because it’s free, I’ve included a download of the EP/song below.  Enjoy 8.

Also, extra bonus THALL:  Means End, whose EP I reviewed here, ALSO features another Vildhjarta ex-vocalist, Robert Luciano.  I think we need to just start applying this word to any band with ex-Vildhjarta members.  The Means End EP was also produced by WorC, the creative force of Uneven Structure. Check it out if you haven’t already. More Means End news will be coming soon . . .