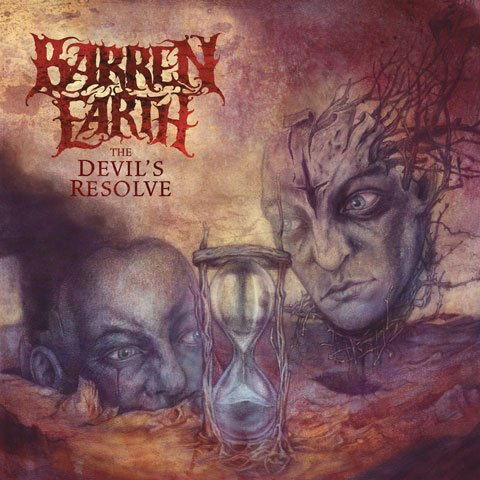 The Curse of the Red River, the 2010 debut album from Finland’s Barren Earth, made quite the splash. That didn’t come as a huge shock, given that the band’s line-up is a collection of veterans of the Finnish metal wars, including vocalist Mikko Kotamäki (Swallow the Sun), Olli-Pekka Laine on bass (Ex-Amorphis, Mannhai), drummer Marko Tarvonen (Moonsorrow) , and Kreator guitarist Sami Ylisirniö.

On March 13, Peaceville Records will release the band’s second album, The Devil’s Resolve, in North America. It was mixed by Dan Swanö (Opeth/Katatonia) at Unisound in Sweden, it features cover art by Paul Romano (whose work graces the covers of albums by Mastodon and a jillion other metal bands), and it includes guest vocals by Mathias Lillmåns (Finntroll) and . . . bagpipes! (courtesy of Jaakko Lemmetty from Korpiklaani).  (Nice timing, given our piece on bagpipe metal earlier today.)

So far so good — but there’s more. According to a press release, the music on the new album will cross through a variety of musical landscapes, ranging from brutal death metal to progressive and acoustic passages and sweeping melodies. You can get a taste of this via a montage of the album’s songs that Peaceville is now streaming on SoundCloud (and that we’re streaming right after the jump). And in exchange for your e-mail address, you can get a free download of a track from the album called “The Rains Begin”.

I listened to “The Rains Begin” today. There’s a folk-metal style lilt to the melody (which is damned catchy) and a shifting between clean and harsh vocals, and between heavy hammering and quieter passages. It’s a soaring, sweeping arc of a song, and I do believe I hear piping in the melody (or at least guitars tuned to sound like bagpipes).

On to the album montage: There are definitely bagpipes at the beginning, right before the hard-riffing begins, and you again get a taste of contrasts in the vocals and in the musical styles. This should indeed be an interesting album. Check it out for yourselves:

And to get the download of “The Rains Begin” and more info about how to order the album, visit the mini-site established by Peaceville here.

And to wrap this up, here’s another piece of album art for The Devil’s Resolve by Paul Romano: 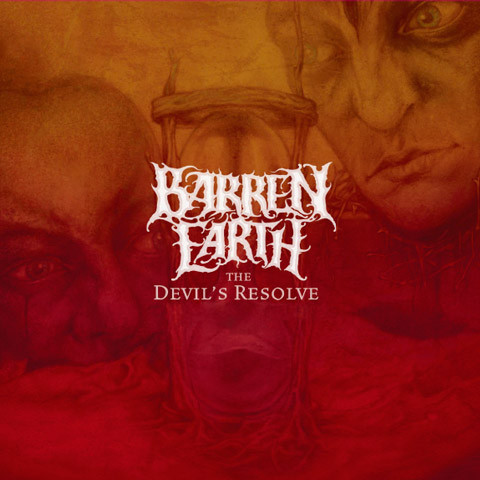 One Response to “BARREN EARTH: “THE DEVIL’S RESOLVE””