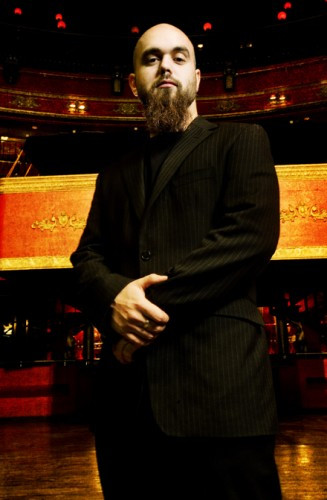 (Xerath’s 2011 album “II” was one of our favorites last year — check out TheMadIsraeli’s review of it here. Recently, he caught up with the band’s stellar guitarist Owain Williams for this real-time interview conducted via Facebook chat — a conversation to be continued at a later date.)

TheMadIsraeli: interested in doing an on the spot interview right now?

TheMadIsraeli: Xerath. How did it start and why?

Owain: It was actually the brainchild of Andy Phillips, the old Xerath guitarist. Myself and Michael Pitman were merely there to facilitate his ideas. His vision was to marry classical music to technical heavy metal. All Mike, Rich and I have done (as well as recruiting Chris) is understand and realise that goal and try our hardest to make it our own and achieve it. While Andy’s no longer in the band, I think we were in agreement in the first place about how the band should sound

TheMadIsraeli: And Andy was on “I” and you were on bass at the time. So in a sense you’ve kind of taken the helm of a band you were just assisting along in its goal originally. How does that feel?

Owain:  I was credited as bass/guitar for “I”, so there are some songs that Andy or I would call our own. “Alterra” for instance was all Andy, “Right to Exist” was me, some we played about 50/50 guitar.  We’re such a multi-instrumental band, it’s hard to put a finger on who’s responsible for what anymore. For example I think the first song we ever wrote together was me showing Andy how you could have different tiny Polymeters on drums over different limbs which ended up as “Intrenity”. Rich (vocals) wrote a LOT of riffs on “II”, like “Sworn to Sacrifice” (my favourite!), and Mike (drums) wrote probably the most technical “guitar-wise”, “The Call to Arms”. 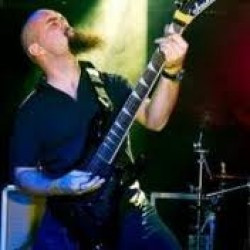 TheMadIsraeli: Ah I see. So obviously you were behind Andy’s idea at the time of forming the band, but what made you all decide to continue on with it and soldier on with Xerath after he left? It’s not very often that the originator of a band’s concept leaves and the band continues on with it. And on that note, why did he leave anyway? Odd for someone to be like “I have this really awesome idea” and jump his own ship shortly after it gets going.

Owain: He’s a talented Graphic Designer and programmer. Although it’s fucking alien-speak to me, he wanted a wage and a pension and stuff out of life. Grueling tours didn’t appeal to him, and to be honest I don’t blame him! Don’t get me wrong, I’m glad he left, I get to play guitar! Who wants to sleep with the bass player? (Except we got a handsome bass player)

TheMadIsraeli: So why soldier on with Xerath? Is it as simple as “cause orchestral groove metal is a fucking sweet idea”?

Owain: It’s an idea we’re all behind. We wouldn’t do it if it wasn’t second on our agenda. It’s a direction metal has failed to embrace besides Dimmu Borgir! And some others, but we want to do it best.

TheMadIsrael: Orchestral extreme metal is a thing that has started surging as of last year. You had the new Fleshgod Apocalypse, the new Septic Flesh, the debut of Gromth, you guys, is this the future of metal?

Owain:  I wouldn’t like to pigeonhole metal like that! That’s about as silly to me as liking one style of music! Music provides a range of emotions, with metal to me being the aggressive side, but what’s aggression without having a tender side?  I also hope that comes across in Xerath’s music.

Owain: Totally! I’m ever so slightly jealous when I see “such and such” is recording with “x” symphony orchestra and we’re stuck with keyboards, but given the big picture I’m all for the progression of music, let alone metal!

Owain: Hmmmmm, I’m half and half at the moment. There have been 5, maybe 6 djent bands that have offered something new!

TheMadIsraeli: And who would those be?

Owain: Periphery and Tesseract are bands that I’ve been following for (no bullshit) about 6, maybe more, years now!  I remember when I was a bit sore about Tesseract getting Abi in on vocals because I loved Atilla’s style.  I went to the very first Tesseract gig in Reading (or Aldershot, I can’t remember) with Abisola on vocals, and now people are doing impersonations. I greet it with a half-hearted kind of applause, well done, but, couldn’t you have written your own song?  It was all borne of progressive music, it’s just stopped progressing.

TheMadIsraeli: So who else is out there that isn’t Periphery or TesseracT who grabs you? For me I’d have to say Vildhjarta and Uneven Structure, but mostly Uneven Structure because I feel they now do TesseracT’s sound better than they do, or they’ve tweaked it to perfection, rather.

Owain: I don’t think I’ve listened to enough djent. The very first thing I heard of Vildjharta, I thought they were a bad Tesseract, but LOADS of people have told me I need to listen to them more. Also, bands aren’t the same forever, I’m sure they’ve found their own style. Uneven Structure I’ve not listened to.  I’ve heard good things about Februus though!  I don’t really listen to much metal anymore.

Owain: I guess so. Please someone lend me some shit! I only really listen to fusion etc. I’m literally in the middle of a blog about 8-10 (I haven’t decided yet) songs you need to hear.

Owain: That’s a personal thing, I’m just trying to improve myself. I’ve started running 4-5 times a week, I’ve started a business doing corporate logos and websites. I’ve also started forcing myself to write at least a little bit every other day. I’ve been a fat, lazy bastard for too long, even though I’ve been blogging drunk, and that’s almost as bad as drunk dialing!

TheMadIsrael: That’s always good, I’m trying to do the same thing starting this year.  And yeah, blogging drunk is uh… russian roulette with words.  So what do you think about the idea that metal is classical music reincarnated into a modern form?

Owain: I think that’s either a great analogy or a terrible one!  It depends on what you call classical music.  I love Debussy, he is very much what you’d call romantic music.

TheMadIsraeli: Let’s look at more Romantic and Baroque then, I think those are fair comparisons.

TheMadIsrael: But I think we have metal bands that embody those contrasts. I look at a great deal of tech death as more baroque whereas looking at old Opeth, that reminds me of a romantic approach.

Owain: While I learned almost all I could ever learn about 4 part (SATB) harmonies from the Bach Chorales, I think it cuts the music community in half.  There is beauty in math…

Owain: And there is beauty in chaos.

Owain: The listener is the final decision, you have to decide whether you want to be the listener or the math teacher.

Owain: =) Dude, can we carry this on tomorrow?

TheMadIsraeli: Haha no problem, are you finding this tiresome?

Owain: To be honest, it’s one of the more interesting interviews I’ve ever had.  As opinionated as I may be, I’m glad you’re pretty much impartial.

TheMadIsraeli: Well, what do you say to publishing what we have thus far and we’ll do a part 2 later?

TheMadIsrael: Alright, we’ll focus more on the band and directly related shit then.  I appreciate the time you took to do this A LOT!  I so prefer this to email question lists.

Owain: As long as you don’t make me look like I’m “bashing” Periphery or refusing to acknowledge certain types of music =p

TheMadIsraeli:  And that’s that folks.  Stayed tuned for part 2 soon.