(TheMadIsraeli is on a mission to review or re-review the 2011 albums that were his favorites.)

Alright.  Time for me to return to reviewing or revisiting my top 15 albums of 2011, which I previously listed on this site.  These won’t be as long as my normal reviews (generally half as long), so unless an album requires a longer piece, I’ll be doing these two at a time.  Today’s subjects are the yin and yang, the chaos and order, the good and evil of THALL. 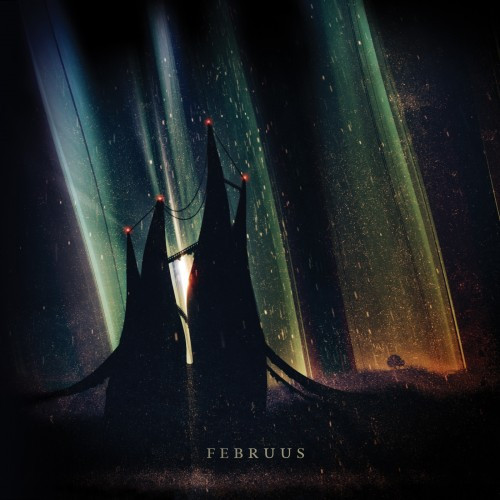 “So, I’m not going to dance around the verdict on this album: This thing is the shit.  Listening is like achieving enlightenment through sound, an aural ascension into nirvana, the equivalent of finding true inner peace through heavy-as-fuck, syncopated, gain-soaked djent riffs drenched in waterfalls of absolutely gorgeous ambience with an odd oriental color.”

That is what I said in my rather ecstatic review of the debut of these French ambidjenters.  I still stand behind this statement, more than ever.  Uneven Structure not only proved you could make a song over 20+ minutes long, in this case FAR MORE than that, and keep it compelling and engrossing, but also demonstrated that there is still a demand for music of this scope and magnitude.  Such achievements are rare in our fast-paced-I-need-it-now culture.  The fact that Uneven Structure has enjoyed success with this ambitious debut in spite of such cultural hurdles is astounding to me.

This album is the epitome of the wall of melody; listening is like standing beneath a waterfall of propulsive, engulfing groove, with thunder strikes of staccato’d chord hits and open-note drones, complemented by the gentle snowfall of twinkly clean sections that channel a certain zen:  The THALL kind of zen, I suppose.

Yes, Uneven Structure has invented what I’ve referred to as the wall of melody.  Every single thread of this fabric is an illuminating light blinding you, with layers and layers of celestial wind blowing you over.  By the time you realize what’s happening, it’s like looking up at the sky, paralyzed, transfixed by a prism light show so intense that you feel a physical sense of being crushed, yet somehow you know this is for the best.  For me, this album continues to resonate immensely and overwhelmingly. Uneven Structure.  Februus.  Metal zen achieved?  I believe so. 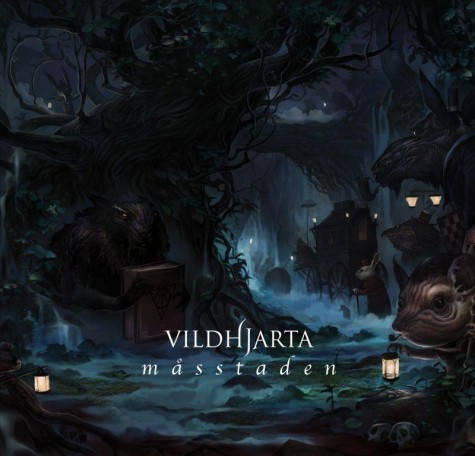 Really, that should be all I have to say, but I guess I need something with more substance than that, eh?

Vildhjarta are definitely the antithesis of Uneven Structure.  A sinister, psychopathic groove machine with fists of steel, hearts of stone, and voices of violence.  Just as Thall-lin monks should possess.

Creatively piloted at the helm by visionary Daniel Bergstrom, Vildhjarta has introduced the first TRUE synthesis of djent and deathcore.  Combined with this achievement is a three-guitar assault driven by Daniel Bergstrom’s riffing, which is all over the fucking map as far as range goes, supplemented by fellow axe-men Calle Thomer and Jimmie Akerstrom, making more use of their 7-string guitars than any user of an 8-string has yet accomplished (with the exception of Tosin Abasi, and even that is a huge stretch).

They create a jarring sense of unease and sonic nausea as the soul-piercing chugs, chicka’s, and open-note explosions are complemented by knife-storms of screeching dissonant chords, all layered with more melodic ambient clean pieces that fit perfectly amidst the chaos.  Whether it be the time-warping palm-strike to the solar plexus of “Dagger” or the snake-like movements of “Eternal Golden Monk”, Vildhjarta have assumed an identity that is not to be fucked with. Or fuck, how about the breakdown of epic closer “The Lone Deranger”?  It’s an almost doom trudge tempo atom bomb that swamps everything in a sea of black nothingness.

I’m pretty sure this album has the capacity to end your soul — this is a 13-blow combination of such chi-charged, dark-matter-generating supremacy that another kind of zen is achieved here: Where Uneven Structure finds it in meditation and balance, Vildhjarta finds it in chaos and nothingness.  Being destroyed from the inside out has never sounded so fucking good.

(My previous reviews of these terrific albums can be found here and here.)

Enjoy the following hefty portions of each album to help you reflect on these works of art.