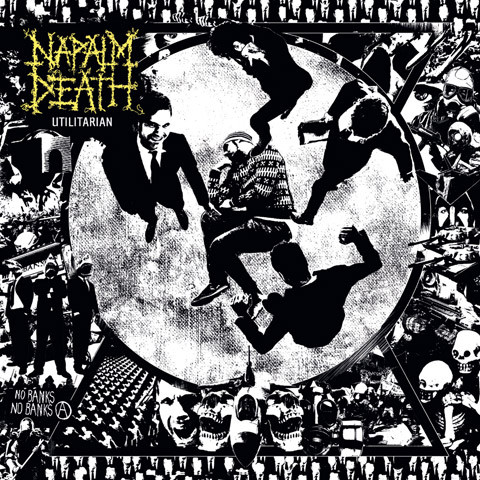 The thoroughly awesome Napalm Death will be releasing their 14th (!) studio album, Utilitarian, on February 27th in Europe and February 28th in North America. I’m really looking forward to it. Yesterday, thanks to a tip from TheMadIsraeli, I realized I had missed the album teaser that the band released last week.

The video was created by the band’s guitarist and backing vocalist Mitch Harris. It’s a politically charged animation interspersed with news clips of protests, and it’s a head-trip and a half to watch. A comment I saw on YouTube pretty much sums up the message: “Fuck the System, Fuck Governments, Fuck Aliens!”

And the music goes really fuckin hard, too. The riffs crush without remorse, and Barney Greenway sounds raw and pissed off. I’m also liking the use of clean vocals (I know, that’s heresy, but I’m just being honest). This is grindcore done right.

Watch that after the jump if you haven’t see it yet . . . and then we’ll move on to the new video from Comeback Kid. 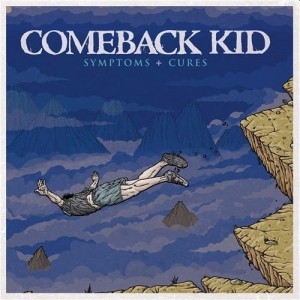 Once upon a time, long ago, I listened to a lot more hardcore than I do today. That was before I drifted into various flavors of death metal, and more recently black metal. But I’ve still got a taste for it, maybe more of a taste for it than I realized.

Winnipeg, Canada’s Comeback Kid was a band whose music I used to like, though it’s been a while since I got one of their albums. The most recent release was their 2010 album on Victory Records,  Symptoms + Cures. Yesterday, the band unveiled a music video for a song from the album called “Do Yourself A Favor”. It’s a live performance video with good photography and effective editing, but what I really liked was the song itself.

If I were to dip my toes more deeply into hardcore waters, what new releases would you recommend?