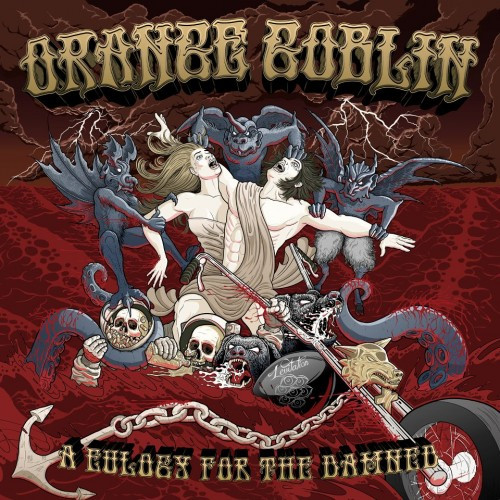 In my observation, nearly everyone who’s a serious fan of metal started out in one particular genre. But I think if you’re passionate about music, the more you listen, the more your interests will expand to encompass different styles. It’s not necessarily the product of boredom with where you started, though that might be part of it. Sometimes, it’s the listener who is changing, and a different kind of music begins to appeal to a different you. And sometimes as your sophistication and knowledge as a listener grow, you simply begin to understand and appreciate aspects of music that once held no interest.

In my case, I’m developing a new-found enjoyment of heavy-riffed stoner metal, a school of music that for me used to start and stop with Mastodon. Don’t get me wrong — it’s not going to replace more extreme forms of metal as my favorites, but I’d be lying if I denied that I’m having fun with it. Most recently, I’ve been having fun with the forthcoming album by long-running UK band Orange Goblin. It’s titled A Eulogy For the Damned, and Candlelight Records is scheduled to release it on February 14. I don’t know if we’ll review it here — I don’t feel particularly qualified to do it myself — but we’ll see.

However, it doesn’t take deep knowledge of the genre to spot a good video for a good song, and that’s what I did this morning. Orange Goblin and Candlelight just released a black-and-white, part-performance, part-animation video for a new track called “Red Tide Rising”. The song is a titanic motherfucker of a headbanging romp, with hooky melodies rising and falling, evil lyrics addressing the rise of Cthulhu, and instrumentation that does its level best to break necks. All those who worship at the church of the riff, come forth and lend your ears to this:

(Apologies to Ben C. for stealing the “church of the riff” phrase from his new blog, which is already helping to expand my stoner metal horizons.)