This is the third of three posts today featuring single songs recently released for streaming by bands who are new blips on our radar screen. This one comes from an Italian band named Gory Blister.

Now, it seems that the core members of Gory Blister have been playing off and on since the early 90s, with three albums to their credit and a fourth one scheduled for release by Bakerteam Records on April 23, to be titled EarthSick. What caught my eye was the report that Nile’s Karl Sanders would be making a guest appearance on two songs — one of them being “Soul-Borne Maladies”, which the band have recently released for streaming.

Before you Nile fans get too wild, Sanders is contributing vocals, not guitars, and the vocals are a near-chanting monotone, cavernous and cadaverous. But Gory Blister do just fine with their own instrumentals and song-writing. Their brand of technical death metal is all flying fingers and blazing footwork, constantly changing tempos and bludgeoning rhythms. And when the guitar solo in this song erupts, it’s like the second coming of Vesuvius.

Damned fine blowtorch metal, and it appears we have another Italian death metal album to anticipate this year besides the next one from Hour of Penance. Put on your asbestos suit and have a listen after the jump. 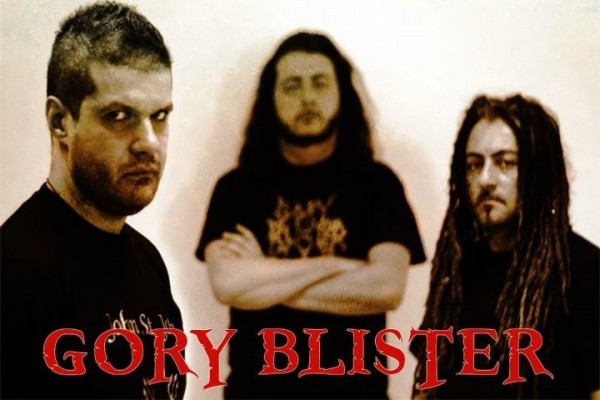