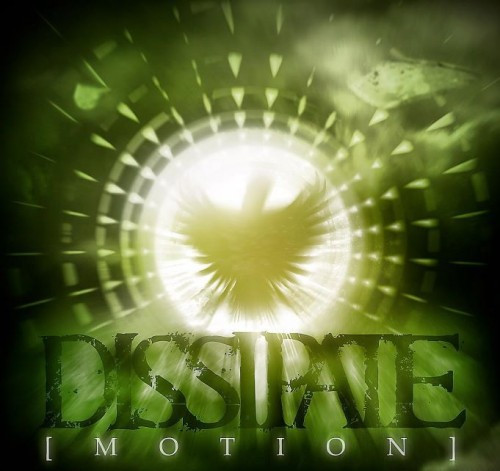 This is the second of three posts today that focus on individual song releases by bands we’ve only recently discovered here at NCS. Credit to TheMadIsraeli for tipping me to Dissipate.

Dissipate are a prog/djent band from Livermore, California. Given my personal tastes in music, a little bit of prog/djent goes a long way, and a lot of prog/djent should just go away. I’m not trying to ignite a debate, just being clear about where I’m coming from.

However, although the nekro part of my multiple personality disorder has become increasingly dominant over time, I’m not too kvlt to dismiss this genre altogether. I still occasionally get a charge out of the sheer instrumental exuberance that some bands display, and that’s how I’m feeling about Dissipate’s new song, “Motion”.

Dissipate has chosen to include their fans in the gestation of this song, first posting their talented guitarist Mike Gianelli’s play-through of a rough mix last fall (here), then following that in January with a different play-through by the band’s bassist, JT (here), and finally uploading a Gianelli play-through of the finished song yesterday.

Despite the fact that I’m not conditioned to eat up this kind of music in big mouthfuls, I found myself hypnotized by this new video.

I have it on good authority that the guitar tuning on Gianelli’s 8-string Ibanez RG2228 is EAEADGBE, with everything flat. As a trained musical journalist, I can tell you that these are letters of the alphabet and they apparently have something to do with music. Also, there was a sweet-hitting outfielder named Ibanez who started his career with my hometown ballclub, the Seattle Mariners.

Whatever you call that top string on the guitar, every time Mike Gianelli strikes it, the bomb goes off and you can watch the motherfucker vibrate like a shock wave propagating from the impact zone. In between those detonations, his spidery fingers fly over the strings, sometimes massaging them, sometimes striking them. By the time he finished, I was ready to be cocooned.

Even though this post was supposed to be about a single song, I might as well throw in play-throughs of a couple more Dissipate songs. To keep track of the album’s progress toward eventual release, use this link to find Dissipate’s Facebook page.

One Response to “DISSIPATE: “MOTION””