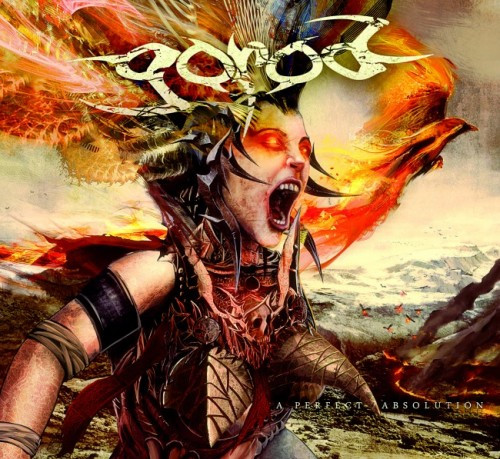 A Perfect Absolution, the new album from that French band of wizards known as Gorod is one of our most highly anticipated 2012 releases. Unfortunately, it won’t be released in our corner of the globe until March 12 (it’s available for pre-order at Listenable Records web shop here). Judging solely from the stupendous album cover by Yohann “HAÄSH” Huhner, you have to expect it will be . . . pulse-quickening.

But there’s further evidence that this album will be one of 2012’s best offerings. Listenable Records have just started streaming the first song from the album on their YouTube channel. It’s called “Birds of Sulphur”, a title that links up quite nicely with the eye-catching cover art. And man oh man, is it a helluva good song! Simply put, this is tech metal done right.

Not only is it fast, jolting, and jaw-dropping in its instrumental virtuosity, not only does it include voracious vocals and an attack-and-destroy sensibility, it’s also a head-spinning trip through an inventive musical landscape — and I emphasize the word musical.

Listen after the jump — and I’m warning you: the first person who uses the phrase “mindless wankery” in the Comments, I’m coming for you with a meat cleaver.