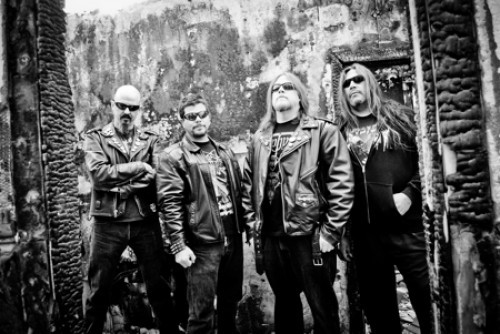 Trust the sensei’s to show all the young grasshoppers how it’s done.

Autopsy have today released an official music video for the title track from their new album, All Tomorrow’s Funerals, which Peaceville Records will drop on February 28. The album is a 22-track collection of re-mastered songs from all of their previous EPs, plus four new songs (of which the title track is one).

The band teamed up with Blood-Disgusting.com to premiere the video, which is streaming online at:

Generously, however, the video was made embeddable, so we’ve got it here, too. It’s essentially nothing more than the band playing the song on a stage, intercut with slo-mo film of the band members stalking through a decrepit building. But for me, nothing more is really needed. I’m quite happy just watching these legends prove they haven’t lost a step.

It’s a great song, too. The first part is a high-energy, thrash-punk take on old-school death-gore, fired up with some chaotic guitar solo’s, but this is Autopsy, and so you wait for it . . . and it comes: The racing ghoul first drops to its knees, and then collapses on all fours, and then begins to craaaaawl. Oh, the glorious filth!

Watch it after the jump, and get the link for a free download of the track.

You can now head over to RCRDLBL.com to download the new song. 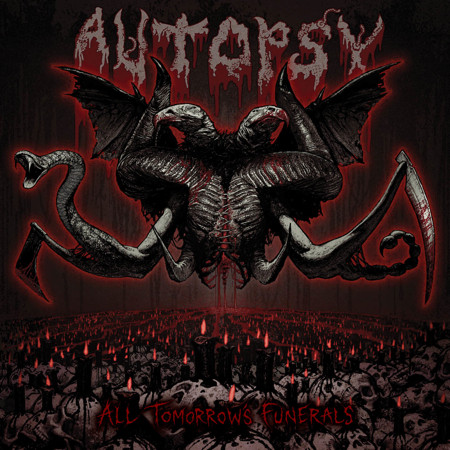