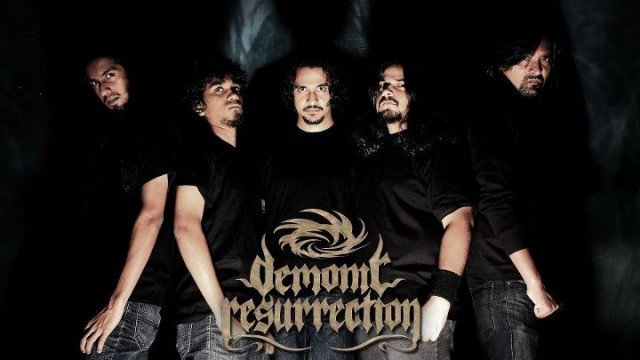 Demonic Resurrection (India) and Satyros (Germany) are two bands we’ve been following for a while at NCS, and they both have some recent news I thought was worth sharing, in part because they’re further examples of how the business of metal is changing.

I don’t think I’m exaggerating when I say that DR is currently India’s best-known and most popular extreme metal band. They’re been riding a wave of deserved recognition that has been surging since the release of their third album, The Return To Darkness, in 2010.

On February 8, the band announced their goal of making a self-financed music video and soliciting financial help from fans. Other bands have been using the Kickstarter or Pledge Music web sites as vehicles for raising money for projects such as videos, the recording of new albums, transferring releases to vinyl, and even buying vehicles to make touring possible. Those sites weren’t ideal for India-based DR because they collect funds in dollars and require payment by credit cards (which many DR fans don’t have). So, DR partnered with a local music webzine called India Music Revolution to run the project.

They set a goal of raising 100,000 Indian rupees (about $2,000), and offered various reward packages depending on the level of commitment. Just a little more than 48 hours later — 48 hours — DR announced that they had met their funding goal. That speaks pretty loudly about the dedication and support of DR fans. But people can still donate to the project, and DR is now offering further inducements to keep the pledges coming in. 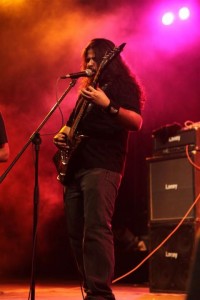 The band’s leader and frontman, The Demonstealer, released this statement about the continuation of fundraising: “”All excess funds are going to be put into sending some more back to the fans who pledged, we really value our fans and we want to give back to them more than expect, so we might make some special merch or send some freebies their way.” Pledges commitments can be made at this location.

I’ve written before that I think the Kickstarter platform and similar projects are an important and ingenious development in the evolution of the music “industry”. Other technological advances have already made it more feasible than ever before for independent bands to record and distribute their music without significant outside financial support (i.e., label backing).

But outside money is still necessary for most bands who want the recording and production quality that a studio and experienced engineers bring. Outside money is also still necessary if a band wants to self-finance the creation of CDs or vinyl, merch such as apparel, or music videos. Kickstarter-type fundraising campaigns now make this possible.

The ingenious part of Kickstarter-type campaigns is that instead of simply appealing to the charitable impulses of dedicated fans (which I doubt would succeed), they offer rewards in return for financial contributions. You give or pledge money and you get something back — something more than simply knowing you’ve helped a band you like continue making music (though that’s a nice inducement, too).

For example, bands who are raising money to finance the recording of a new album usually promise to give you the new album when it’s done in return for your contribution. That makes the contribution similar to a pre-order from a label, except you’re pre-ordering something that hasn’t yet been made. That does require a leap of faith — faith that the music will be good — and so the appeal will work best for potential donors who are already dedicated fans of the band. But you’re still getting some tangible bang for your buck.

I find myself wondering whether the same concept could be used to help popular bands finance the significant cost of international tours that otherwise wouldn’t be possible — using Kickstarter-type campaigns like a conditional ticket pre-order. You donate or pledge money toward a target goal that would enable a band like DR to come to North America, for example, and in return you get free admission (plus other goodies) if the band reaches its goal AND arranges a date in your town. Success could also be used as a way of demonstrating to a label and promoters that demand exists for the tour, inducing them to put in the additional time (and additional money) needed to make it a reality.

I know the logistical challenges of that kind of project are dramatically greater than just raising money to make a new album or video, and so it may be completely unrealistic. But I bet the day will come when someone gives it a shot. And wouldn’t that be cool?

Query whether the spread of Kickstarter-type projects will accelerate the demise of major labels — cutting out the middle man, as it were, and establishing an even more effective direct financial pipeline between bands and fans? I tend to think that there will always be a role for labels, and that predictions of their demise are way premature, but it certainly will be a different role than what we’ve known in the past. 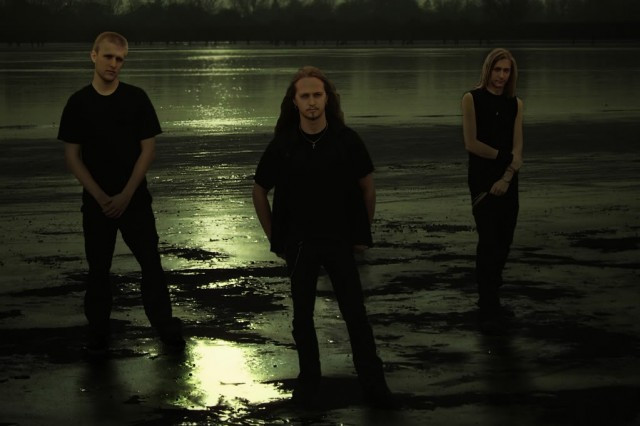 This band’s 2011 album, Riven, was one of my personal favorites from last year. It was self-released by the band in March and I posted this review in April. It was an ambitious undertaking, a true musical journey consisting of 12 songs and approximately an hour’s worth of diverse music that took years to create, and yet the band released it for free download on Bandcamp (where it can still be obtained). I included one of its tracks on our list of 2011’s Most Infectious Extreme Metal Songs (here).

I learned today that Satyros have decided to re-release their self-titled debut album, which originally appeared in 2007. The debut was a deliberately different style of music than what you’ll hear on Riven. In the band’s words, it was an “homage to original Scandinavian Black Metal in a retrospective and to some extent also ironic way, but nethertheless made with respect for the music which means still a lot to us.” Consistent with that concept, here’s what Satyros used to look like: 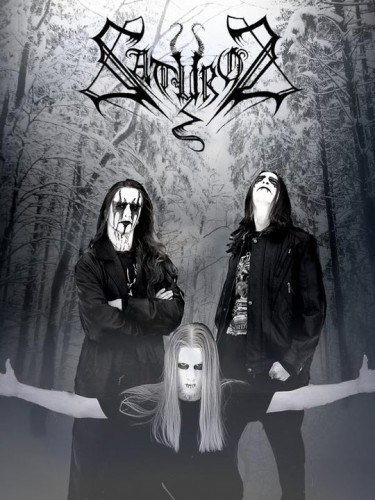 The corpse-painted days appear to be gone, as does the style of music on the band’s debut, but it’s still worth hearing, and the band have now made that quite easy to do. Here’s their “official” statement: 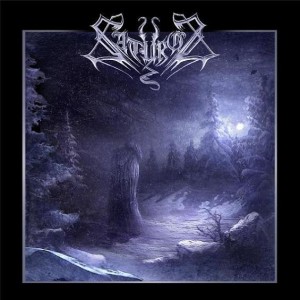 “After having released our 2 latest outputs for free download in 2011, we have now decided to deal likewise with our debut album (originally released 2007; 7 songs, approx. 46 min. playing time)! From today on, you are welcome to download it completely from our internet-platforms, including cover-artwork:

Our debut is to be considered an Old-School Black Metal album, recorded as a tribute to the sound of the early nineties and therefore raw, edgy, frosty – and to some extend ironic, so have fun listening to it and please feel free to spread the word about this free musical give-away!”

This is yet another example of the way in which technological advances have forever changed the “business” of metal, by making it relatively easy for bands to distribute their music. Of course, it’s already old hat, but still makes me smile every time I see it. And I’m not talking about band-authorized file-sharing in general, but about Bandcamp in particular.

I first discovered the Bandcamp platform in its relative infancy, and wrote a long piece about it back in March 2010 (here). Re-reading that piece reminds me of the wide-eyed wonder with which I greeted the potential of the Bandcamp concept. Seeing the explosion of its use since then, not only by bands but also be record labels themselves, is a reminder of how fast the “business” of metal (and music generally) is changing and will continue to change.

But back to Satyros. Here’s a video of an edited version of one of the songs from that re-released 2007 debut album, “Loyal To the Crown of Frost”:

13 Responses to “CATCHING UP WITH DEMONIC RESURRECTION AND SATYROS, AND SOME THOUGHTS ABOUT THE EVOLVING BUSINESS OF METAL”