This is Part 16 of our list of the most infectious extreme metal songs released this year. Each day until the list is finished, I’m posting two songs that made the cut. For more details about what this list is all about and how it was compiled, read the Introduction via this link. To see the selections that preceded this one, click the Category link on the right side of the page called MOST INFECTIOUS SONGS-2011.

Today’s first song was an early and easy pick for this list — hands down, it’s one of my favorite songs of 2011. It’s only emerging as an addition to the list at this late date because I first wanted to finish a review of the album from whence it comes — which I finally accomplished as of today. The second song was also an early favorite, but I’ve had it in my head to pair these songs together, for reasons I’ll try to explain. Here we go:

There’s not much I need to say here about this band’s 2011 album Rengeteg, because earlier today I posted a detailed review of it. In a nutshell, it was one of my favorite albums of 2011 — maybe even my most favorite. It’s an odd feeling to have, because the vast majority of the singing is clean and many of the songs are not what anyone would consider “extreme metal” — but that’s my honest reaction to the music.

On the other hand, my favorite song on the album is definitely metal. It’s not the only infectious song on Rengeteg; in fact, every song on the album is memorable. But I do think it’s the catchiest, and there’s no song from 2011 that I spent more time spinning than this one.  I love the guitar tone that Tamás Kátai achieves, I love the rhythms, I love the lilting melodies, I love the blend of distorted harsh vocals and Attila Bakos’ clean ones — basically, I love everything about this track. In English, it means “black fields”.

The second song added to the list today comes from a German band called . . . 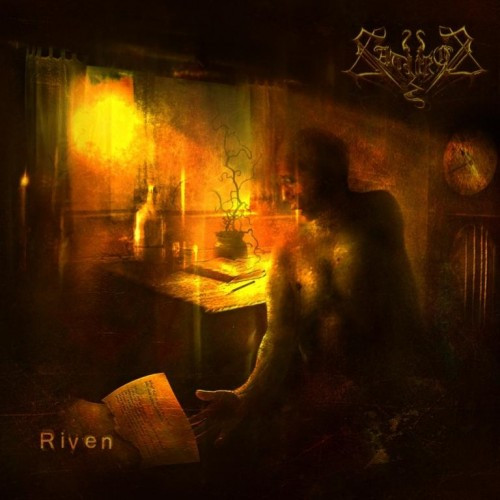 I was a helluva lot more prompt in writing about the 2011 album by Satyros than I was in reviewing Rengeteg: Riven was self-released by the band in March and I posted this review in April.

The album was an ambitious undertaking, consisting of 12 songs and approximately an hour’s worth of diverse music, yet the band released it for free download on Bandcamp (where it can still be obtained). As in the case of Rengeteg, it really is one of those albums that carries the listener on a musical journey. To steal from my review:

“If forced to call up references, I’d say the music is part Insomnium, part Melechesh, part Amon Amarth, and that wouldn’t exhaust the list. The musicians are excellent, the vocals riveting, and the care and attention given to the song construction and the execution obviously consumed tremendous energy and time over a period of years. I’ve been listening to the album off and on for more than two weeks, and with every listen I grow more impressed.”

My favorite song on Riven is “Eyes of Eternity”. It’s a journey unto itself. I suppose the dominant style would be melodic black metal. It includes some impressively long, fiendish howls; it begins and ends with a ringing lead guitar part that sticks with you; and what happens in between is pretty fucking infectious, too. It has proven to be a song I’ve gone back to quite a bit since March, and its memorable melodies and riffs staked a place on this list. I also think it fits well with the music in the first song today. Have a listen:

3 Responses to “OUR LIST OF 2011’S MOST INFECTIOUS EXTREME METAL SONGS: PART 16”