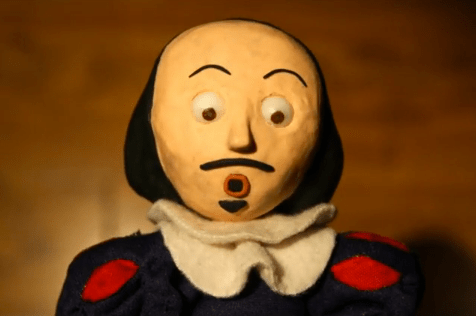 (DemiGodRaven [ex-The Number of the Blog] rejoins us today for this piece of timely commentary.)

It’s on occasions like this when I tend to take pause for a bit and reflect upon things in life. Rarely do you find yourself putting pen to paper without any purpose other than to meander throughout the English language (or your language of choice) and as a result say absolutely nothing.

It’s as if your brain absolutely refuses to give you anything resembling a cognizant thought out of an almost inferno-like spite because you’re attempting to challenge the damned thing. Thus, you find yourself in the endless cycle of tapping your fingers on the table, pen on paper, and zero to show for it. The world spins on and suddenly a half hour has passed. Then it is a full hour, and there has been something in the back of your mind that resembles a constant buzz. It resembles white noise at best, and at worst it resembles something off of Morbid Angel’s latest release, and it occurs to you that you know the exact cause of what in the world has been preventing you from writing anything worth a fuck. There hasn’t been an amazing piece of work from Morbid Angel’s latest as of yet.

Well…until now that is.

What you are about to witness is something far greater than any of us could ever imagine. It speaks much louder than you could even fathom. What you are looking at is essentially a summation of the latest arc in the Morbid Angel history and it is summed up as such; David Vincent dresses up in costume and gets into it way too hard, at times resembling faux-goth and other times going full on Devin Townsend derp-face (god bless you for this Gamesmeetsmetal) whilst screaming the what-passes-as-lyrics in this song, and everyone else looks exactly as they do any other time you see them.

Literally, the man puts on a masterclass in how to ham things up to an exponential degree. You get some amazing eyes rolling, some excellent head leaning backwards, and even a turn around and scream the final chorus from over the shoulder. The screams of VULGOOOOOREEE are almost given form in this song. Now that I’ve born witness to how he looks in this video, it is as if I always imagined that is how VULGOOOOOREEE was screamed when I heard it for the first time.

Any thoughts I had of how this song probably looked as it was played when it was linked to me in Ye Olde Skype Chat™ have now been replaced with some serious double-chin action. God help me if I see anything from I Am Morbid and it’s legion of remixes; my world might be flipped upside down.

Vincent clearly has a passion for this song, and everyone else seems to be content to coast along. It seems like between both Trey and Destructhor there is a total of about 10 seconds of footage and it is either used again and again or they’ve looped it a la 90’s-era FMV PC Game. Tim Yeung is…of course, shirtless because, really, is there any other way you would want your Tim Yeung behind a drum kit? I thought not. Delicious.

And good on Dave too, for taking the banner and running with it like a true champion. There is an absence of footage of him playing the riff to the song, but we receive compensation in spades with that outfit. The video is ‘reminiscent of the silent movie era’, and that naturally means David Vincent in a pilgrim hat and goofy outfit.

I equate it to having something that I call underdog syndrome. I’ve been a pretty quiet passenger in the perpetual drive through the Mojave desert that is life, and that means there are quite a few situations where everybody else gets the spotlight and I don’t. You spend your whole life as the underdog and you find yourself cheering for them more often. Artists change their sounds quite a bit throughout their career, and that is perfectly fine. Fans waited a long time for this and it feels weird to say it, but you can’t blame Morbid Angel for trying to change the sound up somewhat.

Of course, it led to an unholy creation that only has one or two saving graces, but I feel a lot kinder in my older, wizened, and website-less years, so the urge of just wanting to scream about Morbid Angel not perpetually putting our their first three albums over and over again tends to fall by the wayside, leaving a sort of masochistic glee that led me to be the curator of some of the stuff that Grover wound up listening to when TNOTB did Shitty Music Saturday. I really wish the site hadn’t crashed because I would love to pull up the giant file of stuff that I used to scour the internet for. I want to cheer really loudly for this video and the goofiness that we are rewarded with, but man, there are just some things you can’t shake.

6 Responses to “EXISTO VULGORE: A MASTERCLASS IN HOW TO CHEW THE EVERLIVING FUCK OUT OF THE SCENERY IN FOUR MINUTES”