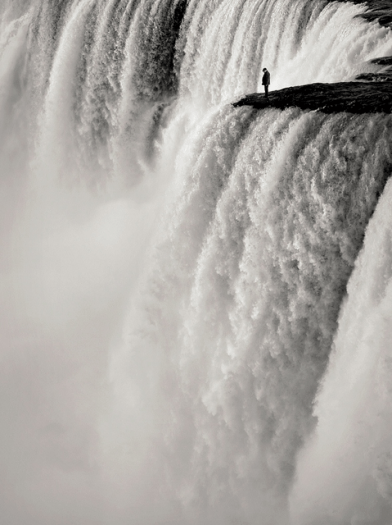 The roar is down there. Time to stop staring and thinking and just take the fuckin’ plunge. Could be a catastrophic finish after a long fall, or a real rush, but in either case I felt the irresistible pull of the . . . breakdowns.

What am I jumping into?  New music from Point Below Zero, Bermuda, Float Face Down, and Blood of the Broken. Not what we usually cover around here, which is why I stood and stared into the abyss for a while before launching into this swan dive. Kvltists and kvrmvdgeons may want to go back to their knitting (bags made of human skin, of course) rather than taking this plunge. Those who like to get a breakdown fix every now and then, with some decent music surrounding the bass-drop detonations, prepare to get wet.

I listened to one song from each band, and what follows are some reactions.  This is not exactly a MISCELLANY post, because I already knew something about the middle two bands, though I haven’t listened to what they’re doing in a while. But the first and last bands were going to be surprises.  After I heard their music, I decided they would fit with the other two in this post. 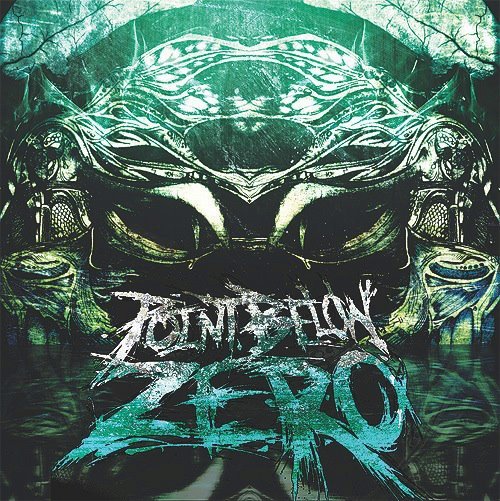 See what I mean?

So, Point Below Zero are based in Sydney, in the Land of Oz. They self-released a seven-song, self-titled debut EP earlier this month through Bandcamp, where it can be streamed and bought for 5 Australian dollars at this location (it’s also on iTunes). The song I heard is the last and longest of the EP’s tracks — “Dangermazz”.

I got a good head-nod going in the melodic, mid-paced intro; I enjoyed the bass runs that surface throughout the song and the rippling guitar solo in the long instrumental section at the end; and yep — a couple of explosive breakdowns were nice, too. The song construction and dual-vocal approach are deathcore-standard, and it’s really that closing section that made me sit up and take notice. Check it out:

Point Below Zero’s Facebook page is at this place.  Next . . . 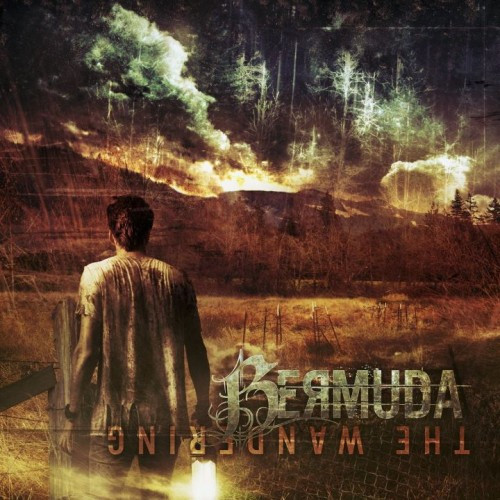 I mentioned that I knew something about this Southern California band. That’s because I heard them play in Seattle last May on a tour with King Conquer and Float Face Down (the third band featured in this post). I actually wrote a short review of that show here. As I recall, Bermuda was short-handed, but I still thought the music was interesting and powerful.

Bermuda have a new album called The Wandering due for release on April 2 by Mediaskare. It follows their debut release, Isolationist(s). A few days ago they premiered one of the album’s new songs, called “In Trenches”. It features a guest appearance by Kevin McCaughey from Montreal’s Ion Dissonance, which is a band definitely worth your time if you don’t know them.

From the opening seconds, the Meshuggah influence (or should I say the Meshuggah/Vildhjarta influence?) makes itself known, with fat-toned dent-style riffs and scorching vocals. That heavy-assed, convulsive rhythm powers straight through the song along with thunderous drumming. There’s a breakdown of sorts in the song and outer-spacey tones at the end, but this is mainly a thall-fest.

You can find Bermuda on Facebook via this link. Two more bands to go . . . 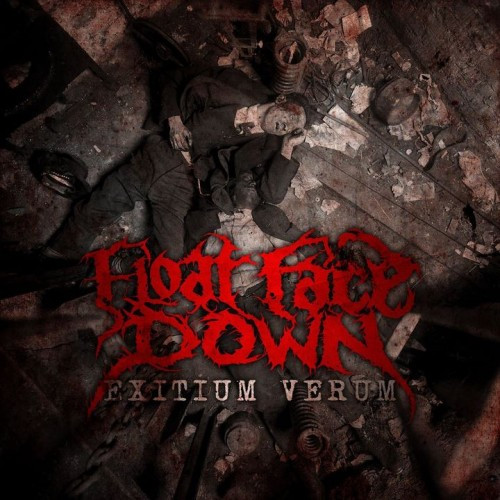 This New Jersey band also have a new album on the way, also on Mediaskare (or to be precise, Mediaskare’s Rite of Passage subsidiary). It’s called Exitium Verum and the scheduled due date is April 10.

Just as Bermuda did, Float Face Down released a song from the new album just a couple days ago. It’s called “For the World To See”. It begins firing mortars right away, and the weaponized riffing and pounding relent only for a bit of blackened guitar evility, which serves as the prelude to a big breakdown that’s filled with Outer Limits keys and chords. When the song ramps up again, it really fuckin’ ramps up.

But wait . . . there’s one more breakdown coming, and man oh man is it ever a big one.  Seriously, I think it knocked a couple of my fillings loose.

The Float Face Down Facebook is here.  And, finally . . . 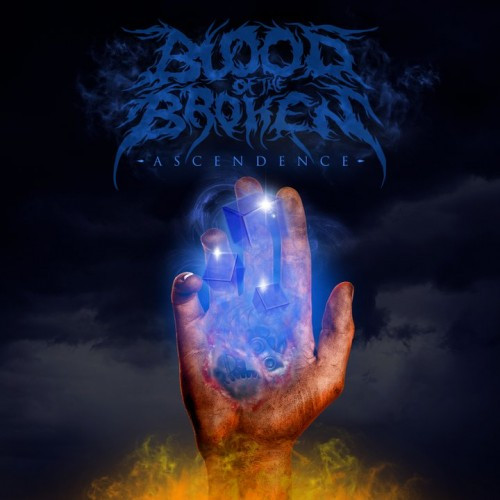 BLOOD OF THE BROKEN

I learned about this unsigned Florida outfit through an enthusiastic e-mail from one of the original co-founders of NCS, IntoTheDarkness. I can always tell when he’s been on a deathcore download binge because the e-mails start flying in. Those binges have tended to become more widely separated in time because he’s on a grinding home stretch toward the end of his college career, but he must have taken a break last week, and this band was one of his discoveries.

They released a debut EP last year called Ascendence, and I decided to pick a song from there for a listening test. But first I wandered through their Facebook page, and discovered they have a sense of humor. For example, they posted this pic, which is just chock full of win: 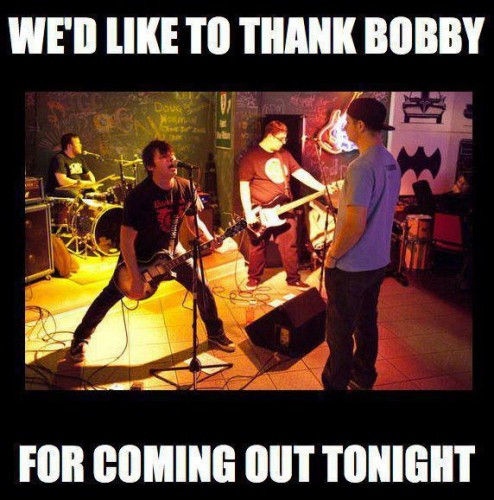 The song I picked from Ascendence is called “Omega Experiment”, which I discovered can be downloaded for free at Bandcamp here. No real surprises in this song, though it’s capably executed; again, the song construction is deathcore-standard, and again, you get the screech-and-roar dual-vocal approach, plus breakdowns galore.

But the song has a nice raw, hardcore feel to it, an above-average drum attack, and a combo of sawing/needling guitars that’s a welcome touch. Nothing fancy, but brutish stomping doesn’t need fancy, does it? Get stomped — here’s the song:

[audio:https://www.nocleansinging.com/wp-content/uploads/2012/02/Omega-Experiment.mp3|titles=Blood of the Broken – Omega Experiment]

You can find Blood of the Broken on Facebook here.