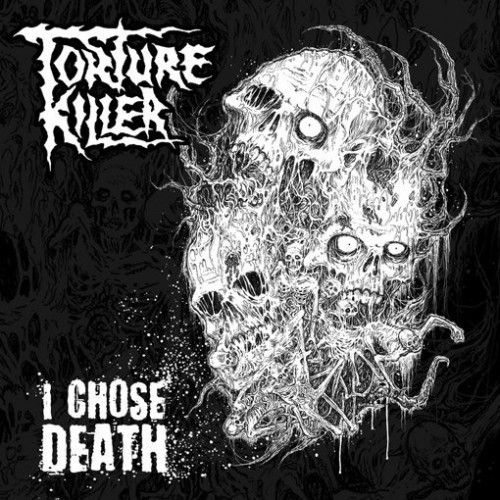 This was supposed to be the third part of yesterday’s Friday round-up of new music and videos. Unfortunately, your humble editor’s fucking day job decided to interfere with the vastly more important task of keeping the NSC railroad running, and I didn’t finish it. So instead of being Part 3 of the Friday Finish, it’s now the opening salvo of a Saturday Start.

If you haven’t already checked out the music in the first two parts of Friday’s series, here are the links: Part 1; Part 2. In this delayed part, we’ve got tunes from Torture Killer (Finland) and Blood and Thunder (Seattle).

To date, this band have released three full-length albums, the most recent of which was 2009’s Sewers, on Dynamic Arts Record. That one followed Metal Blade’s release of their second effort, Swarm! (2006). As seems to be common in Finnish metal, all the band members have spent time (or still spend time) in other projects, including Demigod, Hateform, and Archgoat. Nevertheless, the current line-up have been together since the band’s inception in 2002, with the exception of new vocalist Pessi Haltsonen (Retaliatory Measures).

Dynamic Arts is now planning to release a new three-song Torture Killer EP titled I Chose Death. It will include two new tracks plus a cover of Demigod’s “Succumb To Dark” from the Unholy Domain demo tape. The distinctive cover art was created by Mark Riddick. What I’ve heard so far is the title track, which went up for streaming two days ago.

A morbid guitar lead over a stomping rhythm sets the tone, and then the song breaks into a skull rattling beat that’s utterly irresistible. Cavernous vocals raise the hairs on your neck as the drums  catch the d-beat and the guitars sing the music of the crypt, and then that gargantuan head-snapping riff comes back like a beast that won’t be warned off and compels your obedience: Get down in a crouch and bang your fuckin’ head or be prepared to have it scythed clean off.

This is dark death metal with a primal groove, putting the heavy lumber to the back of your neck. Check it out:

[soundcloud url=”http://api.soundcloud.com/tracks/36784974″ iframe=”true” /]
The new Torture Killer EP is due for release on March 7 and can be ordered through Record Shop X. The band’s official site is HERE. 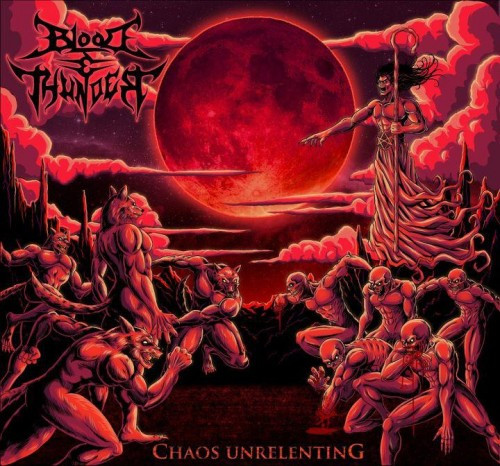 We started paying attention to this Seattle-area band back in the spring of 2010 after watching them open for Dark Tranquillity. We’ve been in the audience on many other occasions since then, both on local shows and when B&T have opened for a slew of other national tours that have moved through our damp city. We’ve watched them grow in skill and confidence as musicians. They remain, as they always have been, a bunch of really nice people, too.

They’ve worked hard not only to step up their game musically (despite the fact that it was pretty well stepped-up the first time we heard them), but also to get their name out beyond the confines of the local scene. Their 2011 album, Dawning of the Ancients, was a big step in that direction, but because of production delays, the band was already writing new music even as that album debuted.

Recently, they gave their fans a taste of what lies in store on their next demo (which we should be seeing later this year). The track is the final mastered version of a song titled “Calling the Cavalry”.

It starts quite like a thundering cavalry charge, and there’s a martial air to the drumming throughout, but it takes off in different directions. As has been true in much of their music, both black-metal and prog influences are noticeable, but melodic death metal is still in the driver’s seat. The song combines flashy guitar work, memorable melodic hooks, and all dat blood and thunder. Good job dudes.

UPDATE!  Blood and Thunder’s new demo is now available for download from iTunes. It includes “Calling the Cavalry” plus a second song, “Under A Blood Red Moon”.
While we’re on the subject of Blood and Thunder, check out the artwork for new merch that B&T is planning to produce (tees and sweatshirts): 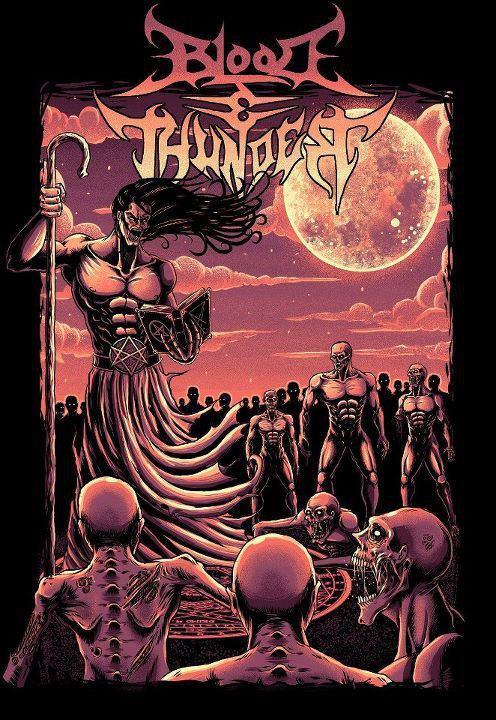 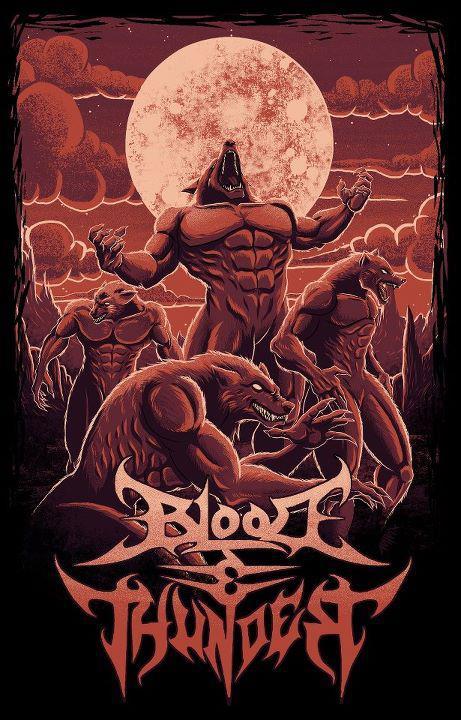