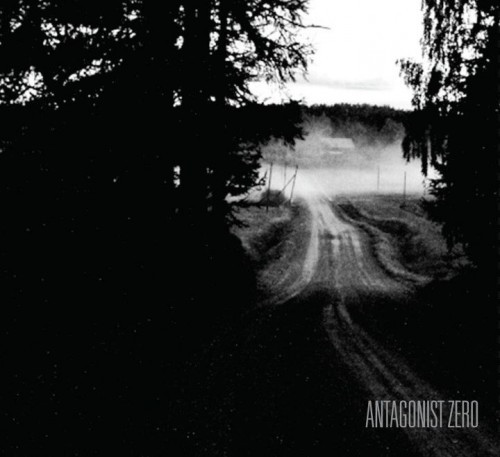 Since this is Pancake Day, I thought we needed some fucking good Finnish pancake (naulan kantaan, vitun hyvä lätty) at NCS.

While fans of Finnish metal are still applauding or deploring the surprisingly strong showing of Turisas at this past weekend’s Finnish Metal Awards (reported here), I thought I’d follow my natural instincts and just dodge the whole debate. Instead, I’m getting my Finnish fix early this week by focusing on a band whose profile is considerably lower than the juggernauts who duked it out in the main categories at the awards show: Antagonist Zero.

This relatively new band from Porvoo (formed in 2010) is composed of former members of bands such as Coprolith and Cavus. They describe their music as “catatonic metal”. I wasn’t sure what they meant by that, but I liked the sound of it, since I feel catatonic quite often.

The first song, “AZ”, allows a ringing guitar lead to weave a dark melody over pounding percussion, but after a short instrumental bridge, the song opens up with full power, reminding me of Insomnium, Before the Dawn, and Hypocrisy. Guitarist Ben Pakarinen’s massive harsh vocals are very much in the vein of Insomnium’s Niilo Sevänen and BtD’s Tuomas Saukkonen. This long song changes moods past the halfway point, with beautiful interplay between acoustic and electric guitar and with Ville Siikamäki’s Dio-style clean vocals making an appearance as well. The song treats us to another soulful guitar solo before a big shred-fest of a finish. Very cool song. 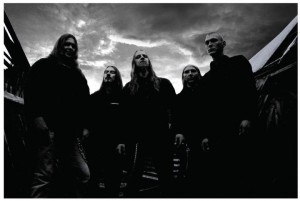 With a beginning like that, my expectations were immediately elevated, and they were fulfilled by the second track, “Nighttime Harmony”. The song is a slow, doomy number with a rock beat and an ominous melody. The intro is delivered by yet another sweet, clean guitar lead surfing on a wave of deep, gut-rumbling riffs. Those magnificent harsh vocals and those starkly contrasting cleans reappear as well. The repeating riff patterns in the song turn it into a morbid  headbanger.

The last track is called “Fading”. Acoustic guitar and clean vocals start this one, and an electric lead joins in before the heavy hammer comes down. Gothic bleakness drenches the slow melody, more distorted riffs give the song a massive backbone, and the trade-off between the cavernous harsh vocals and soaring clean ones works again.

My first time through the EP, I wasn’t sure what to think about the unusual mix of vocal styles; it was my only reservation about the music. But as I continued to listen to the songs, that mix of beastly death metal roars and traditional heavy metal crescendos grew on me. I’ll be curious what you think. Here are all three songs for you to stream:

The three songs on Nighttime Harmony can be downloaded for free from the band’s Facebook bandpage (here). Antagonist Zero are also selling a limited set of 100 CDs, and you can order one (assuming they haven’t sold out already ) by e-mailing the band at: