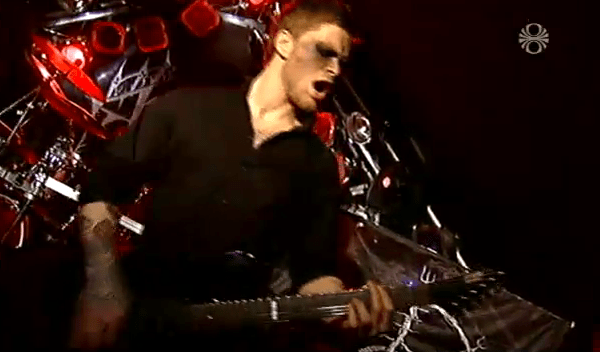 Last August, NCS writer Andy Synn introduced us to Iceland’s Atrum through a justifiably enthusiastic review of their debut EP, Opus Victim. To quote from Andy’s write-up: “This extreme metal quartet’s music blurs the line between black and death metal, melding them with inspirations and aspirations drawn from classical music, to craft an epic blizzard of blackened fury and ground-shaking death metal heft that recalls a more deathly Keep Of Kalessin wrapped in a cold and venomous shroud of despondency.” In the ensuing Comments, TheMadIsraeli and I added our hearty endorsements. Suffice to say, NO CLEAN SINGING backs Atrum to the hilt.

Last week, as a tune-up for the Wacken Metal Battle 2012 festival in Iceland on the 3rd of next month, Atrum performed on Icelandic national TV, and the song they performed is a new one — “Peasant” — which is destined to appear on the band’s first full-length album, which is in the works.

Atrum won the Icelandic Wacken competition last year, which gave them a slot at the giant Wacken Open Air fest in Europe last summer. They’ll be appearing at this year’s Metal Battle show with the remarkable Solstafir, among other bands.

“Peasant” is a vivid reminder of just how good this band is. It thunders like an avalanche. Get buried by it after the jump.

Oh, and may I say that Icelandic TV must be a shit-ton better than what gets vomited up on the American networks?