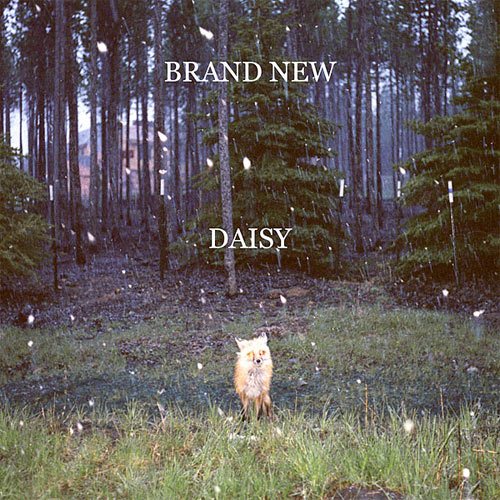 (BadWolf brings us another installment in his not-metal music series.)

I find myself  jubilant at the response from the first article in this column. You guys loved Death Grips — and I can’t blame you. However, many of those overwhelmingly positive pieces of feedback held a question: Do I only plan on covering new music? The answer is no. I spend too much effort on exploring metal’s cutting edge to give the same depth to other genres. I also spend next-to-no time scouting non-metal blogospheres, simply because I am acquainted with many wonderful music aficionados in real life who have no interest in heavy metal: consequentially I can basically order up excellent Indie and Hip Hop albums a-la carte. Frequently I find excellent non-metal albums years after the fact.

Western music exploded with fusions of popular genres and 90’s hardcore during the early years of the naughty aughties. That explosion birthed metalcore alongside innumerable bits of shiny genre-fusion shrapnel, and like metalcore most of those pieces absolutely sucked. I’m talking about emo-pop bands like Fallout Boy, My Chemical Romance, and their ilk.You know, the worst music conceived by the villainous (mostly but not always) white man. These slobbering mounds of human pestilence outnumbered their superior post-hardcore/mathcore/artcore brethren (such as: Thursday, Thrice, The Mars Volta, and Glassjaw) something like 100-to-1, and even the best bands of this sort ran out of creativity after an early string of excellent records (many of which will appear on this column later). 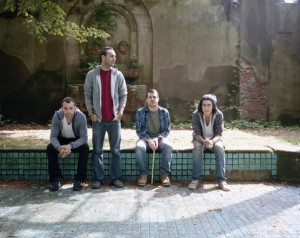 Brand New bucked that trend by actually (if you can believe this) improving substantially album by album. Their first album dawdles in screeching, obnoxious major-chord screamo punk; more than a few minutes of it has me reaching for Scotch and a straight razor. Their second album, Deja Entendu, enjoys mountains of critical acclaim for its (admittedly brilliant) lyrics, but does nothing for me musically.

After that, things got interesting. Their third album, The Devil and God are Raging Inside of Me, bears little resemblance to its predecessors: It sounds sparse, clean, frigid, and overwhelmingly sad. Some of its songs stretch far beyond the borders of typical pop songs—songs about the constraining nature of Christian morality, and about little girls being crushed under car wheels so that their heads pop off. It broods, but also reflects, with more maturity than many of the 80’s post-punk classics it draws from. Then, in 2009, strode Daisy, the behemoth.

Daisy brings with it a bouquet of flowers plucked from other musical fields than its forebears: twangy acoustic guitars from folk and indie, distorted music samples and towering drums from industrial, snippets of operatic female vocals, and very rarely, a crushing trad-metal guitar passage. Despite all of that, Brand New pulled their feet off the pedals more on Daisy than anywhere else in their catalog. The songs move at a leisurely pace in simple fashions.  Vocalist Jesse Lacey all but shelved his screams and falsettos for a plaintive naturalistic chest voice. The aforementioned experiments work as accents, not centerpieces.

The songs train a laser focus on the lyrics—for the first time by lead guitarist Vincent Accardi. And they are excellent. Lacey’s penchant for excessive narration and description fall away to Vincent’s simple declarative sentences. This is what makes Daisy  amazing: For nearly a decade Brand New and their peers wrote songs about emotional/psychological disorders apparently for people suffering from said disorders. In contrast, Daisy actually sounds like it was written by someone suffering from depression.

A snippet from “At The Bottom”:

“And there’s a lake /and at the bottom you’ll find all my friends. / They can’t swim because they’re all dead. / We never are what we intend or invent.”

If that sounds unappealing, I suggest you skip Daisy altogether. That said, I’m a diehard fan of lovelorn gloom as purveyed by Paradise Lost and Katatonia—Daisy works on the same principles but with a few more sophisticated flourishes here and there and a bluesier chord vocabulary.

Unfortunately the record starts with “Vices,” a misplaced pop-punk track that I recommend skipping after the first listen. Track 2, “Bed,” would have made a firm-but-understated intro track with its acoustic strumming and Lacey’s crooning on infidelity, giving way to “At the Bottom” and its cascade of gritty PA-system distortion. Further highlights include the gorgeous guitar solo in album highlight “You Stole,” and the crushing finale to the title track.

Daisy already has more complete run-throughs on my iTunes than most metal albums from the last decade. If you’re feeling gloomy and don’t mind a little nasal singing, this album could blow your mind.