Of course you’re well aware by now that your humble editor has a weakness for bagpipe music. Thanks to The Presurfer, I saw this video shortly after crawling out of bed this morning. And it produced this reaction: 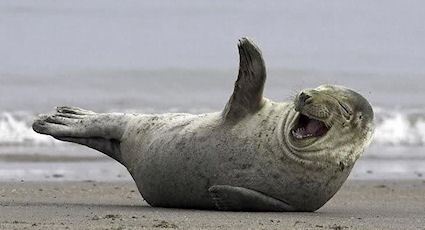 It turns out that The Bad Piper has achieved greater notoriety than playing for tips at Edinburgh’s Fringe festival. He was also a finalist in the “Australia’s Got Talent” variety competition (in 2010, I think). Here’s a clip of him playing AC/DC’s “Thunderstruck” with a full band in the televised competition:

The Bad Piper has a web site here. Looks like he also plays while flames come out of the drones of his pipes. I’ll have to search for video of that for damned sure.

So, while I was watching these Bad Piper clips on YouTube, I saw a couple of videos for another pipe band named Clanadonia. I guess they’re not really a metal band, but I still thought the music was metal. First, here’s a brief clip of a live performance. The fucking drums hit the spot with me. Then, after that I’ve got a recording of a Clanadonia song called “Egyptian”.

Clanadonia have a web site here.

Our buddy Phro turned me onto this next band. They’re from Colorado and play bagpipe rock ‘n’ roll. Three of the dudes have been together for something like 30 years, and the talented piper and keyboardist (Matthew McDaniel) is a more recent addition. Here’s one song I’ve been particularly digging, and after that is a video of a live performance. Angus Mohr’s web site is at this location.

Okay, I confess that this last item has got nothing to do with metal or even with bagpipes. It just happened to be among the supposedly related videos featured on the right side of YouTube while I was perusing the Bad Piper and Clanadonia links. Maybe you can deduce why I’m including this one. The song is “The Gael” from The Last of the Mohicans soundtrack.

Jenny and her band Circa Paleo have a web site here.

Okay, enough with this diversion. Back to metal . . . in our next post.

27 Responses to “MORE PIPE IN YOUR METAL”