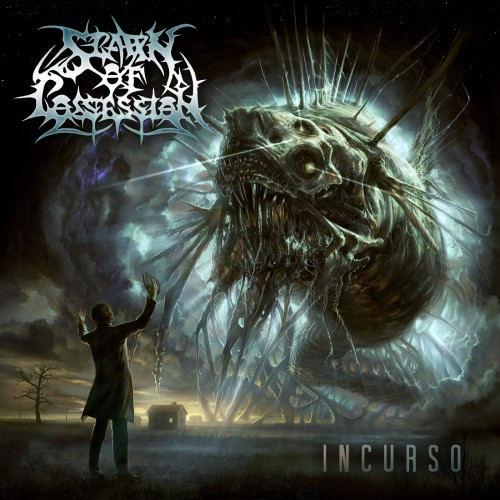 I’ll spare you a lengthy introduction, because I’ve already written a novella-length review of Spawn of Possession’s new album Incurso, which is rapidly approaching its March 13 release date. I’ll repeat only this over-the-top concluding paragraph from the review:

“Incurso is a landmark album. In the rarified air of technical death metal, it has re-set the bar to a new height. Compared to it, the vast majority of even very good albums in this field seem . . . rudimentary.  We may see its equal someday, but to this simple mind, it’s difficult to conceive how it could be surpassed.”

The first two songs from the album that have been officially released are included with the review, and today we have a third: “Servitude”. It appears in the form of a lyric video. I find the words distracting. I recommend that you close your eyes and just allow the music and the sound of the vocals to tie your neurons in knots. Thanks to Metal Injection’s premiere, we have the lyric video after the jump.

20 Responses to “ANOTHER SPAWN OF POSSESSION SONG PREMIERE: “SERVITUDE””