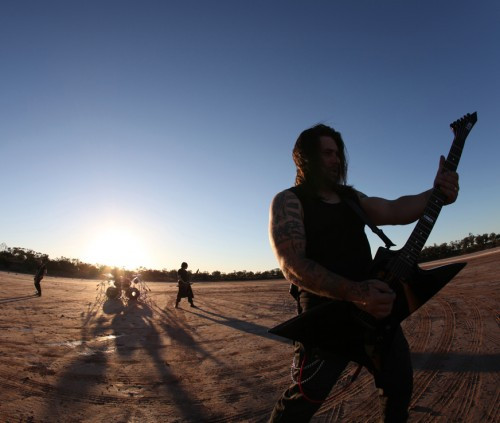 As you may have surmised from the relatively small number of posts the last few days (and perhaps the content of the last one), work and work-related things have interfered with your humble editor’s dedication to metalness. Unfortunately, it’s likely that I will continue to be fucked with by such interferences over the next few days. However, I did manage to squeeze in a quick listening expedition earlier today and I found some items that got my head rockin’.

That’s really about the only common theme running through the music in this post. The styles are divergent, but they all trigger that natural, in-born urge to bang the head. Or at least that’s what happened to me, and that’s really all that matters, right? So even if the music doesn’t make you bang your head, you can rejoice in the knowledge that I got the shit cranked up loud and got myself a good head banging, and that ought to make you blissfully happy.

4ARM is a thrash band from Australia who released their third album (and their first for Rising Records) in February. It’s called Submission For Liberty. Also last month, the band released an official video for the title track, which I happened to come across today for the first time.

According to a press release, the video was filmed about 5 hours outside of Melbourne “over two days in blistering heat amongst wheat fields and salt lakes.” It’s a well-made video, and the landscape does have a kind of blasted look to it. Even the wheat fields look uninviting. But 4ARM’s fast-paced music is loaded to the brim with killer riffs.

I’ve made no secret of my general meh attitude about thrash, but I do find that it exerts a strong pull when the riffage and rhythms are as groovy as they are on this song. It’s the kind of music that makes you wanna get rough and rowdy, which is a damned fine prescription as we roll into the weekend.

4ARM’s web site is here, and the whole album is streaming at this location.

I got an e-mail from the band recently that included these words: 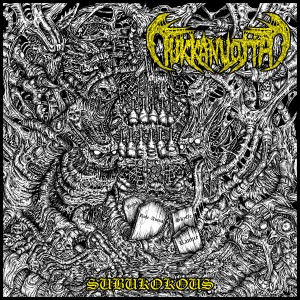 Hailing from Mosa, Kantsu and Sörkka, all ruthless housing projects of Helsinki where riff raff are the ruling class, amphetamine is the government and alcohol the king. Blue collar, white trash, red light, Tukkanuotta annihilates mercilessly its way through the acute and unfriendly songs, paying tribute to the army jacket wearing longhaired fucks and metal masterminds of yesteryears.

We got no panty wetting choruses or ice hockey theme songs. Fuck those pretty boys with their lip piercings, 200 euro designer jeans and clean vocals. Tukkanuotta is all about worn out Napalm Death t-shirts, shitty quality Suffocation c-cassetes and hangovers.

This is metal and we fucking love it.

Well, all that got my interest, that’s for damned sure. I discovered that the band released a new 5-song EP called Subukokous in February, and one of the songs is available for streaming (but not download) on Bandcamp.

And guess what? Made me bang my fuckin head. It’s an irresistible smash-up of crusty, thrashy, punked-out black metal and gore-strewn death metal. Very nice (and so is the album cover art).

Tukkanuotta have an official web site here and a Facebook page that you can reach via this link. 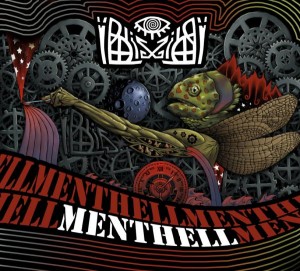 Iblis is a band from Krakow, Poland, whose debut album Menthell will be released tomorrow in two versions: as a free download on the web site of Death To Music Productions and, in limited numbers, as a digipack that can be purchased via this link.

I’ve heard the title track (and you can, too). It’s in the form of a YouTube video, with the music set to excerpts from a silent black-and-white film, the name of which is escaping me [update – thanks to an e-mail from Iblis, I now know it’s “Le Voyage dans la lune”]. The music is hard to categorize, but I’d call it a hammering blend of black and death metal, with a crisp production that allows you to feel every pulverizing drum blast and smashing riff.

Apart from the fact that it’s a compulsive beast of a song, I really liked the funky bass work and the nasty, throaty vocals (which are definitely not the usual black-metal standard). Another very nice, very freaky album cover, too. Of all the bands in this round-up, Cancer Bats are undoubtedly the best known. Their fourth album, Dead Set On Living, is due for release on the Distort label on April 17, and a second single from the album debuted through an official video yesterday.

The song is called “Road Sick”, and it rocks hard — as catchy as conjunctivitis and twice as much fun. The video is some goofy fun to watch, too. It captures the daydreams of misfit bar flies who imagine themselves rocking the fuck out just like . . . Cancer Bats! Turn it up:

Dead Set On Living can be pre-ordered HERE. Cancer Bats’ Facebook page is at this location.

7 Responses to “BANG THAT HEAD”