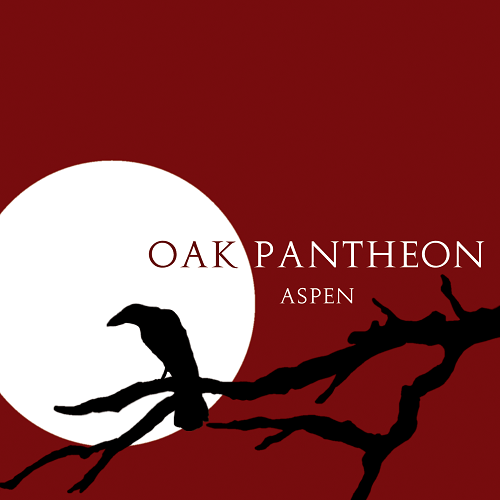 When we last checked in with Minneapolis-based Oak Pantheon, they had created a “teaser reel” of rough instrumental mixes for three songs from their next album and had invited fans to vote on which song the band should preview in full before the album drops. This morning they released the chosen track.

It’s an unmastered version of a song called “Aspen” that the band have made available on both their YouTube channel and on Bandcamp. On Bandcamp, the song can be downloaded with a “name your price” option, and all donations will help finance mastering of the entire album.

I got an advance copy of “Aspen” on Saturday, thanks to producer Sean Golyer, and I’ve lost count of how many times I spun it around my head over the weekend. Oak Pantheon’s 2011 album The Void was a stellar debut. Based on “Aspen”, I’d say this is one band who won’t fall prey to the dreaded sophomore slump.

“Aspen” opens with a rumbling black ‘n’ roll beat, and then the double bass begins to hammer relentlessly as a tremolo-picked melody kicks in. The band trades off between those segments with instrumental transitions, and by the time “Aspen” ends it will have taken up residence in your memory. Have a listen:

In other Oak Pantheon news, the band have reached a deal with Broken Limbs Recordings for release of the new album. We’ll keep you posted on the album’s progress.