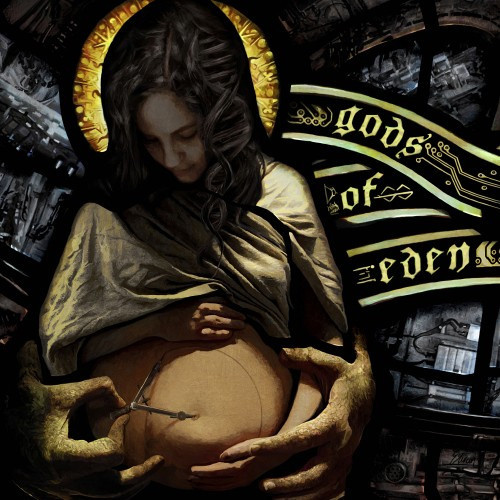 (TheMadIsraeli reviews the debut EP by an Australian band named Gods of Eden.)

Alright, so . . . here we’ve got a band who combine aspects of thrash metal, death metal, prog metal, and grindcore.

Gods Of Eden are quite intriguing, to say the least.  Their debut self-titled EP, only four songs, has provided me with a suitable mind-fuck likely to last all year.  To say I want to see a full-length would be a massive understatement.  You have blazing, technical, off-the-wall riffing full of thrash blood, tech-death bones, grindcore sinew, and power metal/prog metal synapse connections.  The vocals equally span the range on that spectrum.  They move from thrash, to power metal falsetto’s, to a very nasty grindcore tone.

Plus, the music includes black-metal-tinged symphonic elements; actually, the second song “Shiva’s Dream” is very black metal as a whole in it’s character.

The band posted the whole EP on YouTube, and now they’ve added all the music to a Bandcamp page (here), which means you’ll find it below.  The music is free, though you’ll need to provide an e-mail address to get the Bandcamp download.

Thoughts?  Reactions?  I am quite digging this.

5 Responses to “SHORT BUT SWEET: GODS OF EDEN”