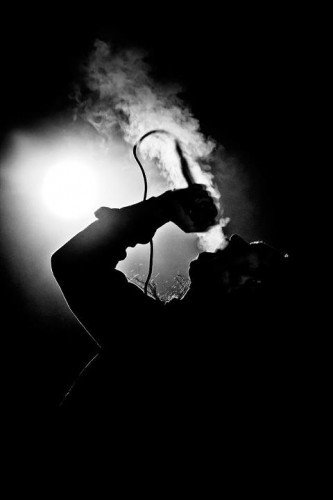 This morning I woke up, dressed hurriedly, slugged caffeine, drove a friend to the airport, and drove back — by which time it was 4 a.m. I feel like a reanimated corpse, but only partially reanimated. The only upside to this agony is that it gave me time to snoop around in search of new music, which I found in the form of videos from De Lirium’s Order (Finland), Job For A Cowboy (U.S.), and Horseback (U.S.).

I came across this band because their drummer, Ukri Suvilehto, is also the live session drummer for Before the Dawn, which is one of our favorite bands. Also, they are from Finland, and you know what that means.

WIthin the last couple of days, De Lirium’s Order debuted a video for a song called “Autistic Savant”. It’s the opening track from their latest album (their third), Veniversum, which is being officially released today. According to the band, “the video was shot in freezing conditions, minus 30 degrees Celcius, in an abandoned factory located in Joensuu, Finland.” This may explain why they’re playing so fast.

Whatever the reason, the song is very cool and so is the video. The music is a proggy, techy take on melodic death metal, with lots of spidery picking and hammering percussion, a resonant melody, and in the mid-section, a soft piano bridge leading to attention-grabbing solo’s by both of the band’s guitarists and a bass solo! I think this is a band we need to know better.

As the song’s title indicates, the conceptual theme concentrates on autistic savant syndrome, and the visuals provide an arresting combo of performance footage and the otherworldly imaginings of a savant. Check it out: 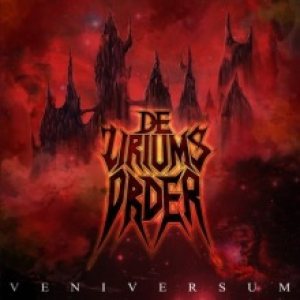 JFAC have a new album on the way called Demonocracy. We featured one song from the album previously (here), and yesterday Metal Injection premiered a live performance of a second one called “Black Discharge”. The performance was filmed on March 15 in Austin at the SXSW festival.

The studio version of the track also premiered at Metal Underground, and you can go here to listen to that. I’ve only started to listen to the album as a whole, but I’m liking what I’m hearing. Man, this band has really come a long way. Here’s the video:

Now, for a real change of pace. This North Carolina band have a new album called Half Blood coming on Relapse Records on May 8. Today Relapse premiered a song called “Ahriman” on YouTube.

I know this band by name, but have never investigated their music before. So, I can’t say whether this song represents a departure or captures the sound of the band’s previous work. The instrumental performance is slow, sludgy, depressive, stoner metal — but of course it’s catchy, or I wouldn’t be messing with it here. The vocals, on the other hand, are the kind of chalkboard-scraping shrieks I’m more accustomed to hearing in black metal. I do like this song quite a bit. Half Blood should be interesting.