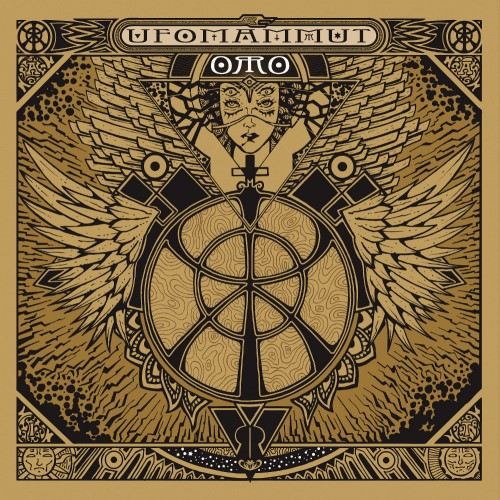 Okay, well at least I’ll remember it because I was so damned clever in coming up with that post title for a Feb 22 feature about new sounds from bands whose names begin with U.

Okay, I probably won’t remember it either.  In fact, the only reason I remembered it at all is because one of those bands was Italy’s Ufomammut, and today brought us a new Ufomammut track in the form of an official video. The music is called “Empirean”, and it’s the first movement on an album titled Oro: Opus Primum — “primum” because it’s the first of two albums that together will form the Oro saga in 10 movements. Neurot Recordings will release the first one on April 17 and the second in September.

Ufomammut plans to release videos for each track from both albums over the coming months and then collect them in a DVD that will be sold with a limited edition vinyl on the band’s own Supernatural Cat Records.

Now, with those details behind us, let’s move on to “Empirean”. The video, which is embedded here after the jump, originally debuted today on a fascinatingly eclectic metal blog called The Obelisk that I used to read before I sacrificed most of my reading to NCS (and congrats to The Obelisk on landing the debut). “Empirean” is about 14 minutes long, and it’s a disturbing, hypnotic journey. 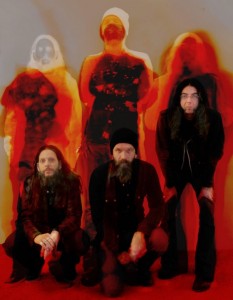 The music builds gradually, beginning with low, slow electronic droning that shimmers and pulses. Near-tribal drumming eventually joins in, heavy on the toms and the bass, growing in volume. Distorted guitar chords add their groaning weight to the mix, and the song continues to build toward a crescendo that is both massively heavy and shriekingly chaotic, before the storm of noise slowly subsides. You can tell that the track really doesn’t end, though the sound stops — instead, it is simply about to transition into something else.

The avant-garde visuals are matched to the growing intensity of the music — images of eyes, hands, feet; a negative of a figure walking in the sand and shaping it; a found device; lightening and magma; a running creature to provide scale, suggesting that what we see are the movements of a titan, and what is being shaped may be a world.

The dark, psychedelic music (enhanced by the strange visuals) is disconcerting, for reasons I’m not sure I can explain, and it left me both chilled and entranced. And man, is it ever heavy.

I don’t know how many of our usual readers will like this, but I felt it was worth featuring, and I for one will be looking forward to the next installment.