This three-man black metal band from Greece is blowing my mind and not even leaving the tiniest scraps of tissue behind.

I discovered Enshadowed for the first time in January because I saw that fantastic album cover up there, and I promptly included them in this feature. The artwork — created by the band’s guitarist N.E.C.R.O and an unidentified friend who did the design for the Lucifer figure — is for the band’s third album and their first on the reliable Pulverised label: Magic Chaos Psychedelia.

The title of the album (which was recorded by Fotis Benardo of Septic Flesh) is descriptively accurate, at least based on a song called “Inner Psy-Trip” that was released for streaming yesterday. It swarms like demon hornets, it blasts like anti-aircraft armament, it shrieks like a black cloud of wraiths, it crawls with reptilian menace, it lurches like a damaged golem, it thunders like an orcish army on the march.

The tempo changes constantly, the guitars alternately buzz and chime, the music attacks voraciously but also reverberates with grim, even funereal melodies. It starts with teeth bared and ends with slow piano keys over an electronic drone. Fascinating song. Listen after the jump.

I don’t have a release date for the album yet, but it has vaulted to my “most anticipated” list. 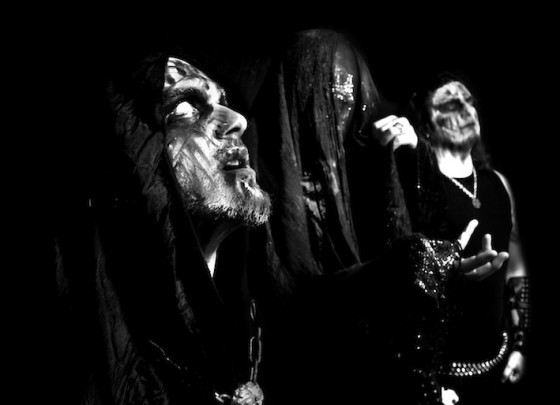