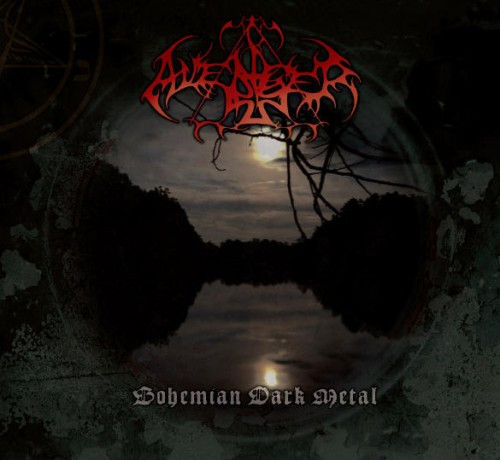 I always feel awkward reviewing an album sung and written in a language that is not English. Maybe it is because it makes me feel like I’m doing a half-assed job. Oh well, here I go again.

Apart from not being able to read a single word in the track titles (as they are all in Bohemian, the main language of the Czech Republic), obviously, I can’t figure out a single word vocalist and talented multi-instrumentalist Honza Kapák is spewing forth either. You might be thinking that that’s a pretty pointless statement, since who the hell can actually figure out harsh vocals. Well, seasoned listeners of extreme metal can actually make out a word or two from a set of harsh vocals even without first looking at the lyrics or track titles (but of course, some badasses like BadWolf can make out Carcass’ lyrics… wait wut?), and of course, I’m referring to extreme metal sung and written in English.

But guess what? When it comes to listening to foreign extreme metal and being so damn clueless as to what the vocalist is singing about and whatever the hell the lyrics are saying, it’s really not that bad a thing! It actually accentuates that feeling of exoticness found only in exotic metal, which is kind of like being lost in a random Vietnamese village (after watching a hungry village kid gobble up your tasty-looking map) and not having a clue as to what your next move should be.

In musical terms, your next logical move should be allowing the foreign music to wash over you and take you places; and boy does this fourth studio album from Avenger wash over you like a murky wave filled with bits of rotten leaves and soggy twigs, and carry you all the way to some twisted, paganized version of the Caribbean. 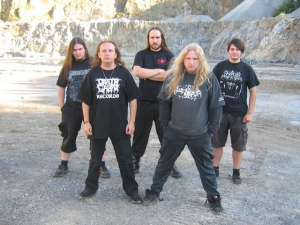 Now that is the whole point of listening to pagan-influenced extreme metal from less-traveled parts of Europe. You want it to take you places; be it galloping through misty forests or floating lazily across the glassy surface of a tranquil lake in the middle of nowhere. Avenger deal with a very banal lyrical theme of angst, anti-Christianity and general negativity, so lyrically, they aren’t “pagan” in any way. But their sound is tinged with paganistic influences; from the habit of injecting calm acoustic guitar solos in between loud electric guitar passages (as heard from 1:09 to 1:43 in the third track “Dusevni chirurgie”) to the preference of utilizing melancholic guitar melodies in a high register over spamming grooves (a very American thing to do), they succeed in painting mental images of beautiful landscapes ravaged by natural disasters and man-made wars. 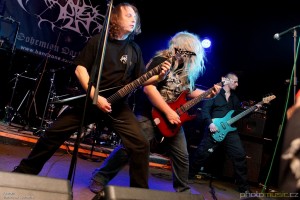 Rather than blast the drums all the time, Avenger utilize largely mid-paced percussion support to great effect. The double-bass kicks that start off and continue to be heard throughout “Umirani zivotem” clearly show that a band doesn’t have to beat the red light on the drums every time to create a catchy rhythmic pattern. The dismal piano chords heard at the start of opening track “Vitej zpatky doma…u krajine smutku a beznadeje” make for a pretty memorable album opener, too, conjuring a foreboding atmosphere of uncertainty and setting the tone for what to expect from the rest of the album.

Whether you choose to call this album’s music genre “Bohemian Dark Metal” or pagan-influenced ambient blackened death metal, it is really just a matter of semantics. Be it a nationalistic move or an attempt at creating the quadrillionth metal sub-genre, Bohemian Dark Metal probably will not become a widely accepted term like Venom’s Black Metal did; but it will be remembered by the underground metal community as a memorable sonic trip into the European wilderness.

Bohemian Dark Metal is out now and can be ordered from Deathgasm Records. The album is also available for digital download via iTunes and Amazon mp3. Avenger’s Facebook page can be found here. Here are four of the songs from the album selected by Willard Shrapnelspear for you to stream:

In addition, here are a couple of songs from a compilation album the band released in February 2012 called MCMXCII-MMXII. More of the band’s music is also available for streaming here.