Yesterday, I wrote about an exciting new band named Crator who have finally surfaced some new music after first being cryptically mentioned in an update written by John Longstreth for Sick Drummer magazine in 2010. In addition to being one of the members of Crator and the drummer for Origin, Longstreth is also the current drummer for Gorguts.

When it comes to technical death metal, Gorguts occupies a place in rarified air. It has gone through several iterations divided by long periods of inactivity, with legendary vocalist/guitarist Luc Lemay being the only constant.  The band’s last album, From Wisdom To Hate, was released 11 years ago, but word surfaced about three years ago that Lemay was reviving Gorguts yet again — this time with the line-up filled out by Longstreth and by Dysrhythmia bandmates Kevin Hufnagle and Colin Marston. 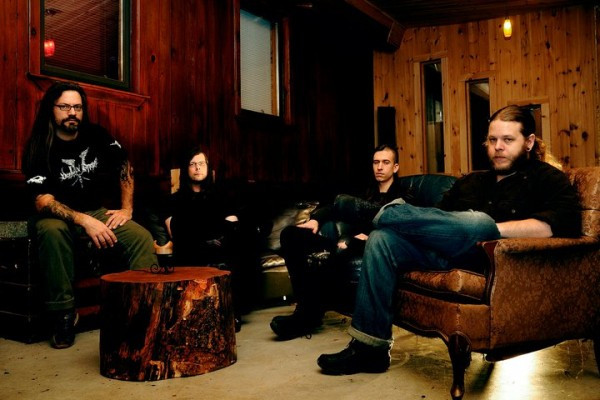 This tour features a majority of the musicians who performed as part of Death, with a portion of the proceeds dedicated to the benefit of Sweet Relief (sweetrelief.org), a charity that provides financial assistance to career musicians faced with illness, disability or age-related problems. The addition of Gorguts to the tour certainly enhances the attraction, especially since the band will be playing some of the new music they’ve been working on for the last several years.

Here’s part of the official statement from Luc Lemay:

“If I owe one person regarding the fact that I chose to become a Death Metal musician in life, I totally owe this to Chuck Schuldiner.

Back in 86-87 I was already a fan of the genre with Possessed’s ‘Seven Churches’, Celtic Frost’s ‘Morbid Tales’ and Hellhammer’s ‘Apocalyptic Raids’. But the day I put my hand, DEATH’s ‘Scream Bloody Gore’ cassette tape, my life changed. All I wanted was to become a guitar player, playing death metal and singing with a raw, evil and brutal voice like Chuck.

So here I am, twenty five years later, as passionate as day one. Being on stage paying homage to this amazingly visionary and creative artist, Chuck Schuldiner. In my heart I see him as important as any composer of the 20th and 21st centuries. He created a language and a musical esthetic that will never be forgotten.”

General Admission and VIP Packages will be available Friday, March 30th 2012, at www.DeathToAll.info. Here’s the schedule:

To keep up with tour details, check out these websites:

But wait, there’s more! Gorguts will also be performing in Europe later this summer. Here are the dates for that tour as they now stand:

One Response to “GORGUTS ON THE MOVE”