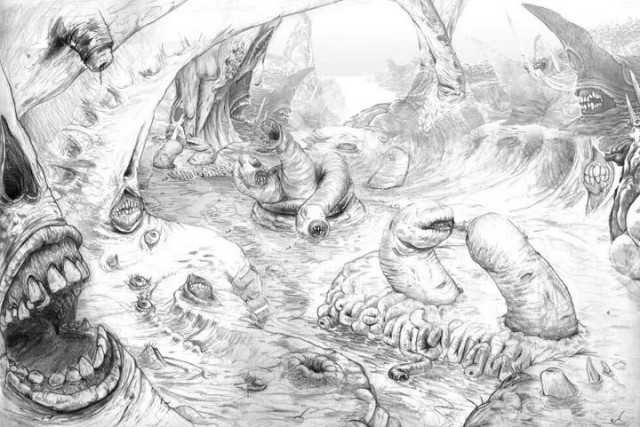 Through the miracles of modern wi-fi technology, I am writing and posting this piece from a Boeing 737-800 airplane crossing the vast, imbecilic American continent on my way from one coast to the other, because my fucking day job demands it.

My traveling conditions aren’t ideal. The tight-sphinctered woman sitting next to me is grumpy. I am nearly deaf, and even though I have the volume turned down, noisy metal is apparently still leaking from my earbuds and polluting her personal space. Fuck her, I can handle the acidic looks, because I’m doing this for you.

The man across the aisle from me has been using a nasal inhaler, and I don’t think he has a cold. His pupils are now the size of pin pricks. I know this because he is staring at me. Fuck him, too, if he doesn’t try to fuck me first.

Worst of all, I haven’t started drinking yet . . . but I intend to make up for lost time as soon as I click the “Publish” button on my blog software.

Here’s what I found this morning that I thought worth sharing: A band from Australia named Ocean of Zero, a band from Germany named Black Shape of Nexus, and a band from parts unknown named Crator (whose creepy artwork is up above and whose membership is very intriguing). All of these bands are new to me. 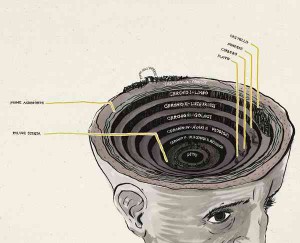 I know next to nothing about Crator. They created a Facebook page only two days ago (here), on which they say the band is composed of  members of Origin, Krallice, Mucopus, and Tentacles. I don’t know the full line-up, but I do know that John Longstreth, the fantastic drummer of Origin and Gorguts (among other bands), is one of them. I know this because I found an update he wrote for Sick Drummer magazine last week, and he said this:

“June will be special, as we will see three more projects being furthered. Dim Mak, Caricature and Crator. Details on these three as I get closer to them. As for now, if you know who I am, you know what to expect from Dim Mak… Caricature will see me heading in a more progressive direction (though still not as mainstream as KISS hahahaha) and Crator is full out death-grind, not to far off from Origin, featuring three additional musicians from upstate NY that I will name later. There has to be at least SOME mystery to this one, boys n’girls.”

This sounds promising, no? On Facebook, Crator have put up three untitled demo tracks up for streaming, and they sound promising, too. Fuck, they sound more than promising. The music is blistering, galvanizing, ass-ripping death-grind — but with some unexpectedly freaky guitar, bass, and drum instrumentals (played at a jaw-dropping level of proficiency and inventiveness) that kick the music into a whole ‘nother level of radness.

In a year of stupendous tech-death releases already, Crator is cooking up a full-boil stew that will make mouths water even more.

It took some sleuthing, but I found two of the three tracks on Soundcloud so I could put some of the Crator music in this post — but you should also go HERE to give all three a spin on the band’s Facebook page and like them in the process.

This band is from Queensland, Australia. According to Metal Archives, they created demo’s in 2010 and 2011 and then this year they released a compilation of the songs from those demo’s under the title Where Sickness Prevails. Based on this interview, they’re composed of blokes in their 30’s and near-40’s who’ve paid dues in other bands, but I’ve not had much luck trying to find more info about them. So yeah, underground . . .

The compilation album seems to be available from a German label/distro called Obscure Domain Productions, who have an on-line shop here. I’ve heard a grand total of two songs from Ocean of Zero — “Crawling Bastard” an “Realm of the Deceased”. Both of them are on YouTube and can be tracked below.

The music is a miasma of black sonic discharge, rough and raw and swimming in distortion. It’s grisly, grimy, throw-back death metal with d-beats, hammering riffs, and sulfurous soloing.  I want moar! 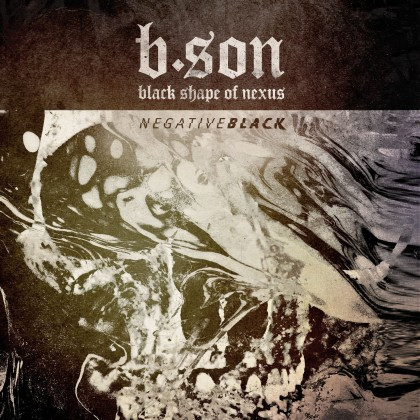 This is a band from Mannheim Germany, and they are set to release their third album, Negative Black, on June 5 in North America through a label called Exile on Mainstream. The album has been four years in the making and is reportedly almost 80 minutes long. This is the track list, which I found intriguing:

Though I’ve looked, I haven’t yet found any full song-streams of music from Negative Black. I did find a snippet of the track called “14d”, which I like. It’s ponderous, heavy, infernally majestic, a blackened vein of sludge flowing steadily, with lye-soaked vocals. Have a listen:

I also found a previous release by Black Shape of Nexus on Bandcamp, a two-track recording called Live In Mannheim, which can be freely downloaded here. Only two tracks, yes, but each track is a half-hour long. Here’s the first one:

Black Shape of Nexus have a Facebook page here.